Sam Smith prefers pronouns 'they' and 'them.' Here's what it means.

Earlier this month, Sam Smith sent out a message via Twitter announcing the decision to change their pronouns to “they” and “them.” Though Smith came out as gender nonbinary earlier this year, the singer continued to use the pronouns “he” and “him” until this announcement.

In their tweet, Smith states, “Today is a good day so here goes. I’ve decided I am changing my pronouns to THEY/THEM. After a lifetime of being at war with my gender I’ve decided to embrace myself for who I am, inside and out.” Smith thanks non-binary and trans activists for inspiring their decision, including Jonathan Van Ness, Laverne Cox and the organization GLAAD.

Although some Twitter users expressed confusion and hostility towards Smith's decision, the word “they” has a long history dating back to at least 1300. The singular “they” has also been officially approved by the American Heritage Dictionary, the Associated Press style guide, and the Merriam-Webster dictionary.

Geoffrey Nunberg, a professor at the School of Information at the University of California, Berkeley, wrote about the singular use of “they” in a recent NPR essay. He writes, “It's not a lot to ask...just a small courtesy and sign of respect."

Nunberg further observes that the negative reactions towards socially-progressive terms are “never about language, never just about words." He continues, “Words are really not very important, but become the proxies for these other attitudes."

Geoffrey Nunberg (BA, Columbia; MA, Penn; PhD, CUNY) is an adjunct full professor at the School of Information at the University of California at Berkeley. Until 2001, he was a principal scientist at the Xerox Palo Alto Research Center, working on the development of linguistic technologies. He has also taught at UCLA, the University of Rome, and the University of Naples.

Nunberg has written scholarly books and articles on a range of topics, including semantics and pragmatics, information access, written language structure, multilingualism and language policy, and the cultural implications of digital technologies.

"Do Californians Have an Accent?" Geoff Nunberg Answers on KQED Radio
A Conversation with Geoff Nunberg on The Hidden Consequences of Being a Jerk Online
Bay Area Slang: Geoff Nunberg Explores the Origins of "Hella" 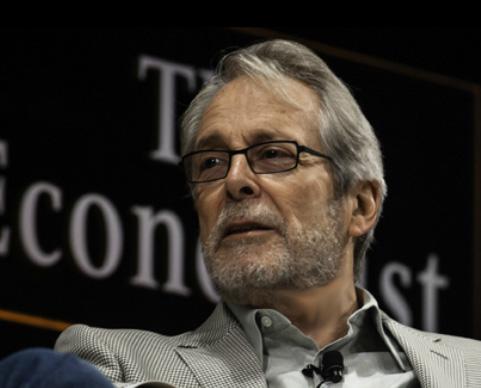