Women in novels have tended to “feel”, while men “get”; women smile or laugh, while men grin or chuckle. An analysis of more than 100,000 novels spanning more than 200 years shows how gendered even seemingly innocuous words can be – as well as revealing an unexpected decline in the proportion of female novelists from the mid-19th to the mid-20th century.

Academics from the universities of Illinois and California at Berkeley used an algorithm to examine 104,000 works of fiction dating from 1780 to 2007, drawn mostly from HathiTrust Digital Library. The algorithm identified both author and character genders. The academics expected to see an increase in the prominence of female characters in literature across the two centuries. Instead, “from the 19th century through the early 1960s we see a story of steady decline,” write Ted Underwood, David Bamman and Sabrina Lee in their paper The Transformation of Gender in English-Language Fiction, which has just been published in the Journal of Cultural Analytics.

The academics were so surprised by these findings, “in the very period when we might expect to see the effects of first-wave feminism”, that they initially suspected an error in their methods. They ran further tests, and found they tallied....

Big Data Reveals the Shrinking Role of Women in Novels

The Transformation of Gender in English-Language Fiction

This essay explores the changing significance of gender in fiction, asking especially whether its prominence in characterization has varied from the end of the eighteenth century to the beginning of the twenty-first. The authors found that while gender roles were becoming more flexible, the... 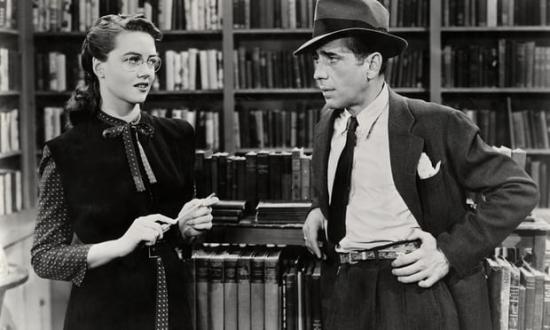 Image from The Big Sleep via The Guardian