Dean Saxenian to Step Down

Dean Anno Saxenian, who for the past 14 years has led the School of Information through a period of tremendous growth and redefinition, will step down and return to a full-time faculty position next summer after the conclusion of her third term.

During Dean Saxenian’s tenure, the School's student body has grown from fewer than 100 students in 2004 to more than 700. Dean Saxenian also more than doubled the size of the faculty and the Ph.D. program, established the first faculty endowed chair, and introduced two new degree programs.

“When I started,” Dean Saxenian reflected, “this was a tiny faculty transitioning from a library school to something that served the information needs of an emerging internet-enabled society. I’m proud that today the Berkeley I School is leading research and practice at the intersection of information, technology, and people. We are educating holistic data scientists, public interest technologists, savvy interaction and systems designers and scholars of the interactions between technology and society. Our graduates are the kind of technology leaders we want and need in places like Silicon Valley.”

“Anno Saxenian’s leadership made the I School more than the sum of its parts,” said Steve Weber, professor at the School of Information and faculty director of the Center for Long-Term Cybersecurity. “As Dean, her acute vision for what the world of information technology needed from interdisciplinary research and education led us to two new degree programs, several major new research initiatives, an expansion of our faculty in both depth and breadth and a ‘punch way above your weight’ profile here at Berkeley and around the world.”

“As Dean, her acute vision for what the world of information technology needed from interdisciplinary research and education led us to two new degree programs, several major new research initiatives, an expansion of our faculty in both depth and breadth and a ‘punch way above your weight’ profile here at Berkeley and around the world.”
— Professor Steve Weber

“Anno’s leadership was always about making the people around her and the school more effective and a better community of scholars;” Weber continued, “it was never about Anno Saxenian.”

Under Dean Saxenian’s leadership, the I School launched two professional online masters programs: the Master of Information and Data Science (MIDS) in 2014, and the Master of Information and Cybersecurity (MICS) in 2018. These programs have allowed for substantial growth and put the School at the forefront of high-quality online education globally. MIDS is rated as one of the top data science master’s degrees in the country, alongside programs at CMU, Stanford, MIT-Sloan, and NYU.

“It’s been exciting to experiment with an online degree program,” Dean Saxenian said in reference to the MIDS program, “and appropriate that an Information school should be a pioneer in this space. We’ve demonstrated that we can provide Berkeley-quality, high-touch education online, as well as on the campus. And, surprisingly, since they live all over the world, our students have created a very strong community. I have no doubt that the cybersecurity degree we just launched will be equally successful.”

Founding I School Dean Hal Varian applauded Dean Saxenian’s success as dean and her vision in launching the MIDS Program: “She not only writes about entrepreneurs,” he remarked, “she is one!”

Dean Saxenian established two cross-campus, interdisciplinary research centers: The Center for Long-Term Cybersecurity (CLTC), which was established with the largest gift ever made to the I School from The William and Flora Hewlett Foundation, and the Center for Technology, Society, and Policy (CTSP). The I School is also home to the Algorithmic Fairness and Opacity Working Group (AFOG). All three are supported through external funds.

“I’ve enjoyed building an interdisciplinary intellectual community,” Dean Saxenian said. “It’s rare on a university to have computer scientists, political scientists, sociologists, lawyers, engineers, and designers in the same program,” she continued “but we are united by our shared commitment to understanding the interactions between humans, information, and technology”.

I School students and alumni regularly report that the interdisciplinary nature of the School’s curriculum sets them apart from their peers. This education prepares them to communicate, collaborate, and lead across disciplinary boundaries, and helps to explain their impressive successes in both industry and academia.

A Pioneer at Berkeley and Beyond

After earning her bachelor’s degree with honors in economics from Williams College in 1976, followed by a masters in city and regional planning from UC Berkeley in 1980, and a Ph.D. in Political Science from MIT in 1989, Dean Saxenian joined the faculty at UC Berkeley in 1989. She joined the School of Information Management and Systems in 2000, with a research and teaching focus on entrepreneurship, information policy, and technology for developing regions, before becoming dean in 2004. At the time she was one of the first women deans on the UC Berkeley campus, with only a handful coming before her and in place when she began.

“To the world, Anno Saxenian is a famous scholar known for her insights on the phenomenon of Silicon Valley. To Berkeley, she is a pioneer in her field,” said Diana Wu, dean of UC Berkeley Extension. “She is a passionate visionary and advocate for the I School; she launched one of the first online graduate degree programs and, at one point in time, she was the only woman dean on the Council of Deans. Anno is all those amazing things but to me, she is also a wonderful colleague and my warm-hearted and dear friend!”

“She is a passionate visionary and advocate for the I School; she launched one of the first online graduate degree programs and, at one point in time, she was the only woman dean on the Council of Deans.”
— Diana Wu, dean of UC Berkeley Extension

Dean Saxenian’s commitment to diversity and inclusion in tech has been a hallmark of her deanship. She hosted a campus-wide “Towards Inclusive Tech” conference in 2017, and most recently launched the I School Diversity Initiative, with the goal of increasing underrepresented groups at the I School. In addition to the numerous graduate fellowships created during her tenure, she recently added two fellowships specifically supporting diversity in the student body.

“It’s been a great honor to lead the School,” Dean Saxenian said. “I look forward to helping us move to the next stage as a member of the faculty, and I am excited to be returning to my research and teaching.”

“When I started as dean I decided that I was going to build the kind of community that I wanted to be a part of,” Saxenian said, “and today I’m so proud of our amazing network of students, faculty, staff, and alumni.” 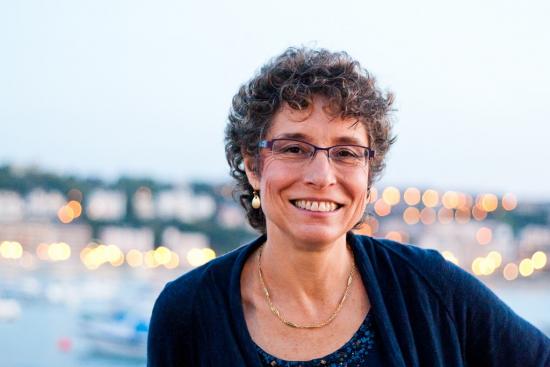 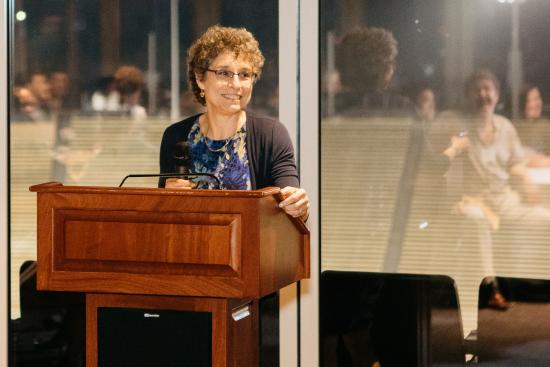 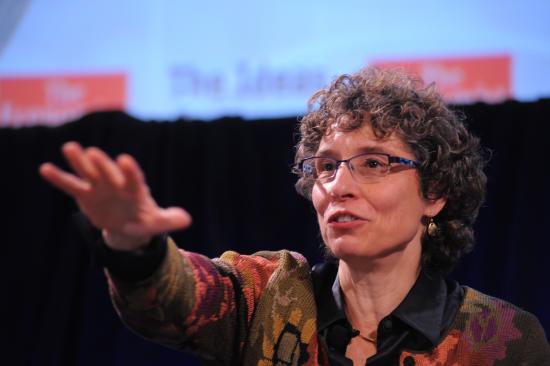 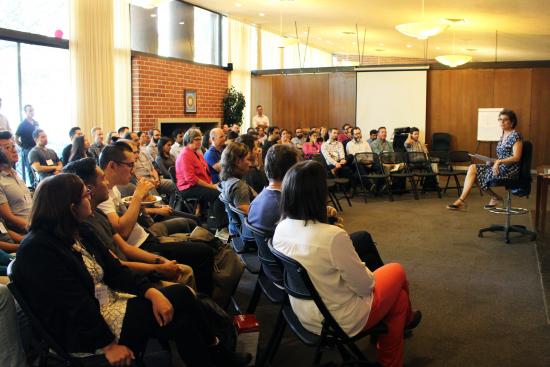 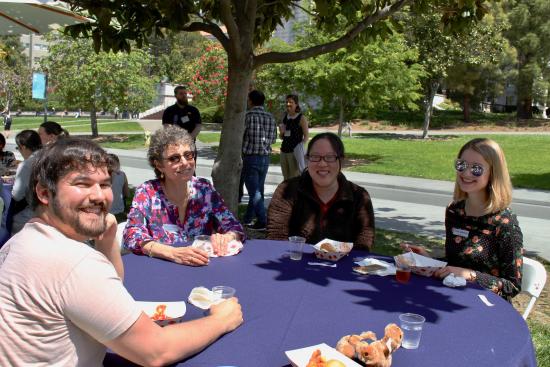 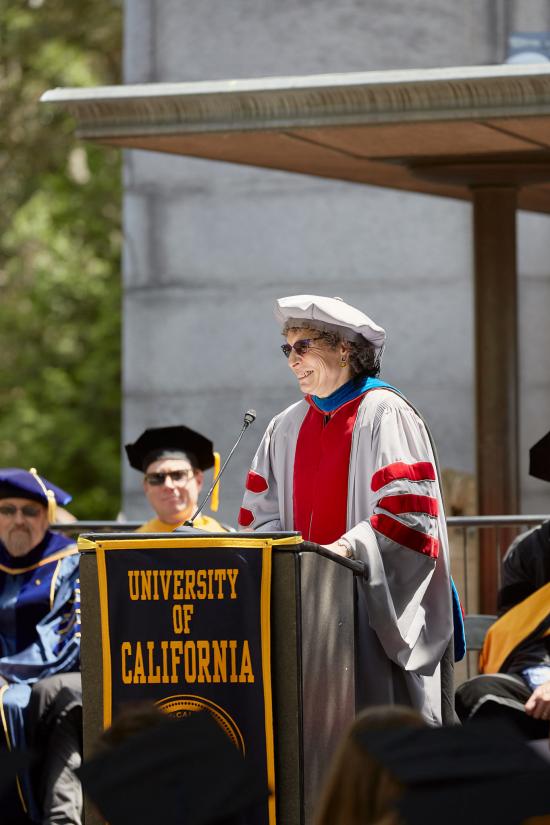 Dean Saxenian at Commencement, May 2013