Clifford Lynch, adjunct professor at the School of Information and Coalition for Networked Information (CNI) executive director, has been named a  2017 Association for Computing Machinery (ACM) Fellow. Lynch is being recognized for contributions to library automation, information retrieval, scholarly communication, and information policy.

At the I School, Professor Lynch co-leads the Information Access seminars (Info 296A) offered on Friday afternoons with Michael Buckland. Lynch has been the Director of CNI since July 1997. Prior to joining CNI, Lynch spent eighteen years at the University of California Office of the President, the last ten as director of library automation. He is a past president of the American Society for Information Science and a fellow of the American Association for the Advancement of Science and the National Information Standards Organization. Lynch serves on the National Digital Preservation Strategy Advisory Board of the Library of Congress; he was a member of the National Research Council committees that published The Digital Dilemma: Intellectual Property in the Information Age and Broadband: Bringing Home the Bits, and now serves on the NRC's committee on digital archiving and the National Archives and Records Administration.

The Association for Computing Machinery (ACM) is the world’s largest educational and scientific computing society, including computing educators, researchers, and professionals. The ACM Fellows Program recognizes the top 1% of ACM members for their outstanding accomplishments in computing and information technology. These individuals have helped to enlighten researchers, developers, practitioners, and end users of information technology throughout the world.

ACM will formally recognize its 2017 Fellows at the annual Awards Banquet, to be held in San Francisco on June 23, 2018. Additional information about the 2017 ACM Fellows, and the awards event, as well as previous ACM Fellows and award winners, is available on the ACM Awards site. 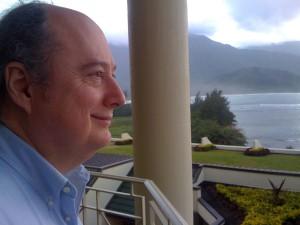