Professor Emeritus Melvin “Bill” Earl Maron died at his home on September 28, 2016 at the age of 92. Bill served on the faculty of the UC Berkeley School of Librarianship and School of Library and Information Studies from 1966 until his retirement in 1991. He lived a life well-lived, full of intellect and accomplishment.

Born in Bloomfield, New Jersey, on January 23, 1924, Bill was the son of immigrant Jews from the Ukraine, making Bill a first-generation American.

Bill graduated from high school in the spring of 1941, the year Pearl Harbor was bombed. After enrolling in the Newark College of Engineering in 1942, he enlisted in the Army Corp of Engineers. The following June he was sent to basic training at Ft. Riley, Kansas, and thereafter sent to the Engineering College at the University of Nebraska as part of what was called the Army Specialized Training Corps. He earned a Bachelor of Science degree in Mechanical Engineering from the University of Nebraska.

In 1943 the Army deployed Bill to France and into Germany with the 56th Engineer Battalion, Third Army, 11th Armored Division, where he briefly saw action. Bill’s most memorable experience in the Army was his involvement in helping to liberate a Nazi concentration camp in Germany. This experience affected Bill deeply, although he seldom discussed it. After the war in Europe ended in May 1945, Bill’s outfit was sent to Austria, then shipped to Belgium. He was finally honorably discharged in April 1946 at the age of 22.

Thanks to the G.I. Bill of Rights, Bill’s life changed after the war. Motivated by his time overseas, he returned to Newark, but quickly moved back to Nebraska, a place he had enjoyed while there in the Army. He enrolled at the University of Nebraska as a graduate student in physics. Bill’s interest in physics was fueled by the events of the time — the beginning of the “atomic age”. It was at the University of Nebraska, in a scientific German class, that he met his future wife, Dorothy Elizabeth Mastin, who was from the nearby small town of Seward, Nebraska. Bill and Dorothy were married in Seward in August 1948.

In the fall of 1947, Bill transferred to UCLA to begin working toward a Ph.D. in the philosophy of science. Philosophy appealed to Bill, as he tried to make sense of all that had happened in World War II. In 1951 Bill received his Ph.D. in philosophy under the mentorship of Dr. Hans Reichenbach, a famous philosopher of science and important contributor to probability theory.  Bill’s graduate training spurred a lifelong appreciation for empiricism, and the power of science as a path to understand the world.

After a brief stint teaching courses in logic at UCLA for one year, Bill made a 180-degree turn and went back into engineering. He took a job working for the IBM Corporation in San Jose, California, as an engineer. It was during this time that Bill helped build the first computer relay device that could respond to the elementary computer language of the time, sentential calculus.

In 1954 Dorothy became pregnant with twins; only one daughter survived, and she was named Nadia. Bill was transferred to IBM’s facility in Endicott, New York, a year later, and so Bill and Dorothy and their new baby daughter drove to New York. They found the weather in upstate New York to be difficult, and they missed California, returning to Los Angeles at the end of 1955. Bill obtained employment with the electronics company, Ramo-Wooldridge, where he collaborated with other Ph.D. scientists in his group to determine how Air Force intelligence data could be better handled with the new technology of computers. This served as Bill’s entry into the relatively new field of information retrieval. During this period of time, Bill and his colleague, J.J. Khuns, published their seminal paper that put forth a new and innovative approach to the information retrieval problem.

In 1957, Bill and Dorothy had their second child, a boy they named John. In late 1959 Bill accepted a new job as mathematician in the computer science department at the Rand Corporation. At this time, the problem of automating information retrieval was beginning to be a subject of growing importance. Bill worked at the Rand Corporation for six years. In 1966 he was offered a job as full professor in the School of Librarianship at the University of California, Berkeley. Bill took the job and moved his family to Northern California, where he lived for most of the rest of his life. Bill’s career was highlighted by several landmark papers he authored on information retrieval and the use of probabilistic models in the design of information retrieval systems. For most of his career, Bill thought deeply about the vexing problem of how to construct searches for information to maximize what information that was relevant to the search, while avoiding unwanted information. Bill’s approach to this problem was innovative and non-traditional, and much of the work he did laid the foundation for algorithms now used in common web searches.

In 1987 Bill’s daughter, Nadia, died, and left behind Bill and Dorothy’s one-year-old granddaughter, Sophie. After 25 years, Bill retired from UC Berkeley in 1991 to care for Sophie.

After struggling with declining health, Bill and Dorothy moved out of their house in Orinda, California, and into a smaller duplex in Colorado Springs, Colorado. This enabled them to live closer to their granddaughter, Sophie, who helped care for them in their final years.

Throughout his life, Bill had an insatiable intellectual curiosity, a prodigious intellect, but above all, great wisdom. Bill understood what was most important in life; he was devoted to his wife and family, he relished good friends and stimulating conversation, and he was strongly committed to helping make the world a better place. Bill and Dorothy actively contributed to many non-profit groups concerned with social equality and environmental protection. Bill was an avid reader, particularly of history, and he was fascinated in understanding human consciousness and language. He could often be found sitting in his favorite living room chair, nursing a cup of coffee, immersed in a book or magazine.

Bill’s wife of 67 years, Dorothy, died in early September 2016 at the age of 91. Bill died just over three weeks later due to congenital heart disease. He is survived by his son, John Maron (59), and his granddaughter, Sophie Shafter (30). 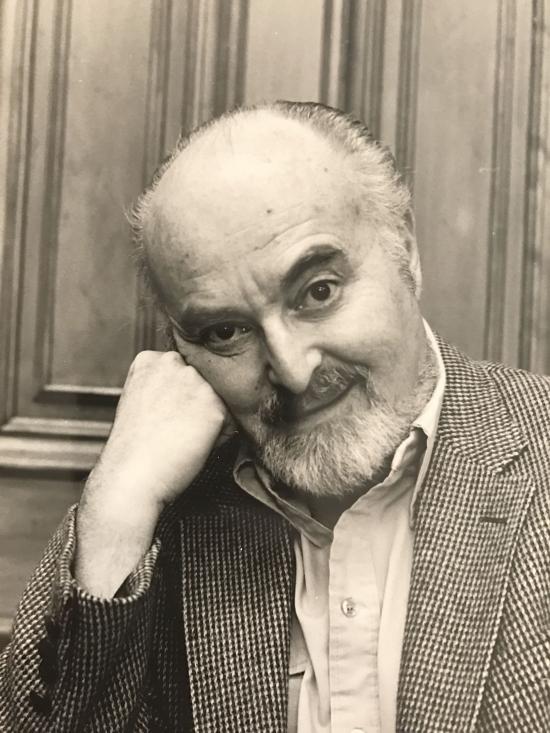