For four years, the anonymous Twitter account tweeted startup advice, wry observations, and pointed criticism of the startup landscape, in the voice of actor Samuel L. Jackson. After four years and 8,678 tweets, the account fell silent after December 31, 2015.

“If you haven't been hacked by the Chinese you got to ask yourself, does the s--- you're doing really even matter?”
–@StartupLJackson

This week, Bloomberg News revealed that the account was the brainchild of venture capitalist Parker Thompson. Thompson graduated from the School of Information’s MIMS degree program in 2004 and now works at AngelList, an online meeting place for early-stage investors and startups.

Thompson says he got the idea in 2011 after listening to the audiobook of the adult-friendly children’s story Go the F--- to Sleep, recorded by Samuel L. Jackson. At the time, Thompson was the director of business development at PivotalLabs. Early tweets reworked classic movie quotes as startup advice — “Blessed is he who, in the name of profit, shepherds the user through the funnel, for he is truly his user’s keeper.”

Over time, the account began tweeting observations with a directness that Thompson perhaps couldn't get away with in his own voice — including pointed criticism of Silicon Valley’s lack of diversity.

“You've got 99 developers and a woman ain't one.
No s--- you're having culture problems, I don't feel bad for you son.”
–@StartupLJackson

Thompson continues tweeting on his personal account, @pt — though his 4,555 followers pale in comparison to his alter-ego’s 78,200. 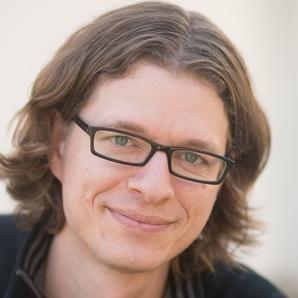