Alum Mahad Ibrahim (Ph.D. 2009) Writes from the Front Lines of the Ebola Fight

When Mahad Ibrahim looks at the fight against Ebola in West Africa, he sees more than a public health challenge or a human challenge — he sees a data challenge.

Understanding and stopping the spread of Ebola requires careful tracking of public health data from around the region. Digitizing the data seems like an obvious step — but on the front lines, the answers aren’t quite so simple.

Early on the morning of January 13, 2015, I walked with two twenty-something Liberian contact tracers through the chaotic dirt paths of their local community, New Kru Town, on the northwestern edge of Monrovia, Liberia's capital.

It was late in the Ebola outbreak, which began in March of 2014, and cases were dwindling. The contact tracers were tasked with checking temperatures and inquiring after the health of their neighbors who had been exposed to the virus. Increasingly, the daily rounds passed without incident.

On that particular morning, near the end of their rounds, we encountered a heavy-set, middle-aged woman holding back vomit and visibly sweating as she struggled to present herself to us. She feigned good health, though her symptoms met the definition of a suspect Ebola case. Against her wishes, we called the authorities, who brought her to the nearest treatment center.

The woman’s family lived in a communal house that was ravaged by Ebola. The house had more than five prior deaths—sadly, an all-too-common scenario after nine months of outbreak—and the specter of a sixth was probably more than this family could bear.

Thankfully, the woman tested negative. And on May 9, the World Health Organization declared the Ebola outbreak in Liberia over.

The reprieve lasted for a month and 20 days. And then suddenly, Ebola was back.... 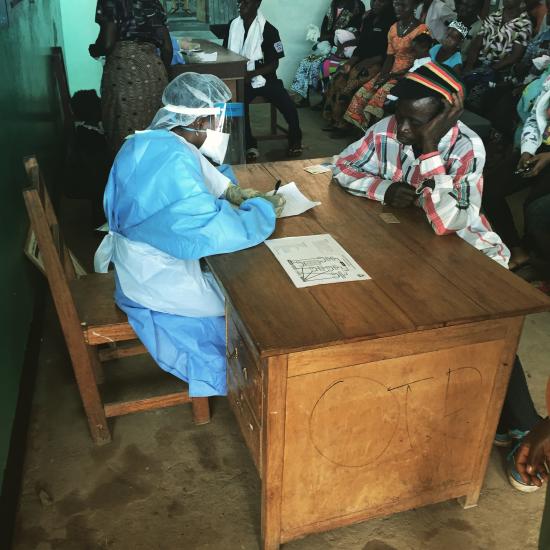