Before the recent on-campus immersion program, students in the School of Information’s new Master of Information and Data Science program had never met each other or their instructors in person — but they already knew each other well from face-to-face classes in the datascience@berkeley online classroom. Twenty-nine MIDS students traveled from around the country to the UC Berkeley campus for the immersion program’s four days of intensive workshops, networking, and more.

The new MIDS degree trains data-savvy professionals and managers to work with data at scale. The four days captured the program’s disciplinary breadth and leadership focus.

Lecturers Susan Houlihan and Doy Charnsupharindr led a workshop on leadership communication, challenging students to find their own authentic voice as a leader. Later in the weekend, professor Morten Hansen led a session on effective collaboration in companies.

Bad collaboration is worse than no collaboration at all, said Hansen. His case studies of misused collaboration included Daimler (bad business case), BP (over-collaboration), and Sony Connect. Before the launch of Apple’s iPod, Sony Connect was a digital music player tied to an online music store. Why did Sony Connect fail where Apple succeeded? Despite having a Walkman division, a wide music catalog, and all of the other necessary components, Sony was never able to collaborate to integrate hardware, software, service, and content.

Collaboration is not its own goal, Hansen reminded the students; rather, it is a method for achieving business success. Collaboration must always focus on the organization’s strategic mission.

“What makes the MIDS program so exciting is the dedication to teaching students to be thought leaders, not just number crunchers.”
—Ross Boberg, MIDS student

At a networking lunch, MIDS students got a chance to mingle with data science leaders and recruiters from companies like Yelp, Uber, LinkedIn, Kabam, Cognizant, Salesforce, Captricity, Yelp, MailChimp, Pandora, and the CIA.

As part of the immersion program, MIDS students participated in the School of Information’s annual DataEDGE conference, which brought together social scientists, computer scientists, policy-makers, designers, and artists for an intimate two-day conference on data science and the data revolution.

Keynote speaker Jeff Hammerbacher of Cloudera spoke about ethics and data science. “The decision of what data to measure embeds political and ethical choices,” he observed. Hammerbacher also mused about the origin of his most famous quote — “The best minds of my generation are thinking about how to make people click ads” — and urged future data scientists to study topics that matter. The best research asks important questions for the benefit of society, he said, not just for fame or money.

“I’ve been blown away with the caliber of students in the program, as well as the caliber of speakers at the DataEDGE conference. It’s been amazing to be surrounded by people who are so passionate about how data is changing everything about how we operate as a society.”
—Brad McMinn, MIDS student

For the immersion program’s final session, students headed from the UC Berkeley campus to the O.co Coliseum, home of the Oakland A’s. In a ballpark luxury suite prior to an Oakland A’s–Washington Nationals game, instructor Andy Brooks analyzed the various ways that sports teams gain an advantage from superior data analytics.

“I was expecting to hear how data would revolutionize player valuation or in-game decision making,” said MIDS student Ross Boberg, “so I was surprised by his conclusion — using analytics for revenue maximization may be the next competitive edge.”

“So many resources have already been devoted to understanding nuances of player statistics that additional research may have less marginal value,” explained Boberg, but few teams are using data-based strategies for revenue maximization. Brooks then gave the students a chance to observe how fans were interacting with the ballpark experience that night and to brainstorm solutions for improving ticket sales or competing with other sports for fans’ attention.

The students wrapped up the immersion program by watching the A’s defeat the Nationals in an extra-inning walk-off victory. 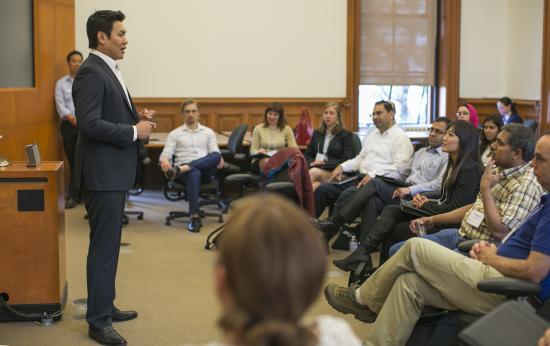 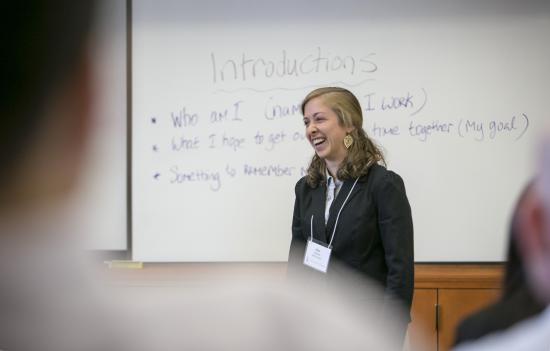 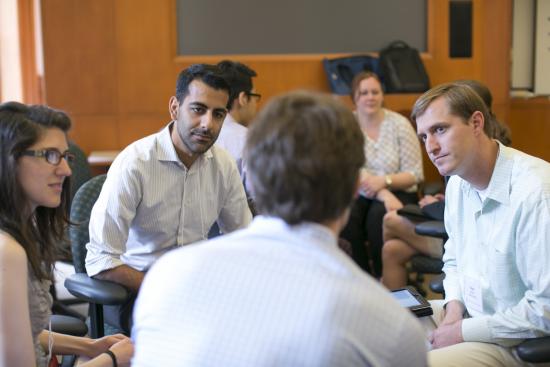 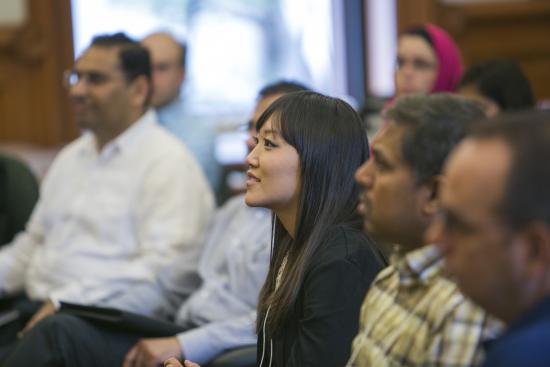