A pair of School of Information master’s students teamed up with two compuer science students to develop a prototype of a smart cup in the new Interactive Device Design course (Computer Science 294-84). Last week, the four won the course’s Best Project Prize for their design.

Although existing mobile apps provide tools to manually track your consumption throughout the day, the four found that it can be a lot of trouble and easy to forget. Instead, the team’s smart cup prototype manages the logging and record-keeping automatically and invisibly. The cup lets users define their own goals and targets, either to increase their water intake or to limit their caffeine or soda consumption; it can even be configured to send alerts when you hit your daily caffeine limit, for example.

The team built the custom-designed cup using the computer science department’s 3D printer. Inside the cup, an LED on one side combined with a light sensor on the other side detect the color and opacity of the liquid, and a temperature sensor determines if it’s a hot or cold beverage. Based on this data, the students’ prototype is able to successfully identify over a dozen common beverages. A force resistor on the bottom of the cup estimates the volume of the beverage based on the weight.

A wireless device embedded in the base of the cup immediately send this information to the local receiver, which uploads the information to the central server. The user can then access his or her drink history via a mobile device any time.

The cup’s companion mobile app includes a dashboard with your beverage history, goals, and statistics. The app lets users set personal goals or limits for different beverages, and request push notifications when those limits are reached.

The “Interactive Device Design” course was offered for the first time this semester. The course teaches students how to design, prototype, and fabricate interactive devices: physical objects that intelligently respond to user input and enable new types of interactions. Students learn 3D modeling and fabrication; electronics and circuit board design; sensing and actuation for interaction; embedded software development; wired and wireless communication with mobile devices, computers, and networks; and user interface programming.

Nahman believes that the project’s strength was its simplicity. “I think the judges liked how we were using simple sensing approaches to determining the beverage type, rather than trying to use fancy, specialized sensors and whatnot,” he said. Nahman also benefited from having previously taken the I School’s course Information C262. Theory and Practice of Tangible User Interfaces.

Other projects for the course include LaundryQb, a laundry notification system; CarPhD, which provides live data to improve your car’s fuel efficiency; SwigSmart, a water bottle sleeve to track hydration; H2O IQ, web-controlled drip irrigation; Remoticon, which transforms your smartphone into a TV remote and guide; Cubits, a tool to teach fractions to children; RemoHome, which controls appliances from a smart phone; and Kinectograph, which records physical demonstrations using a Kinect camera.

All the teams presented their projects last week, followed by a trade show–style demonstration. The winning project was selected by an invited panel of judges from both the university and industry. “It was a very challenging class, and there were so many interesting projects, that I was surprised that we won!” said Chen. 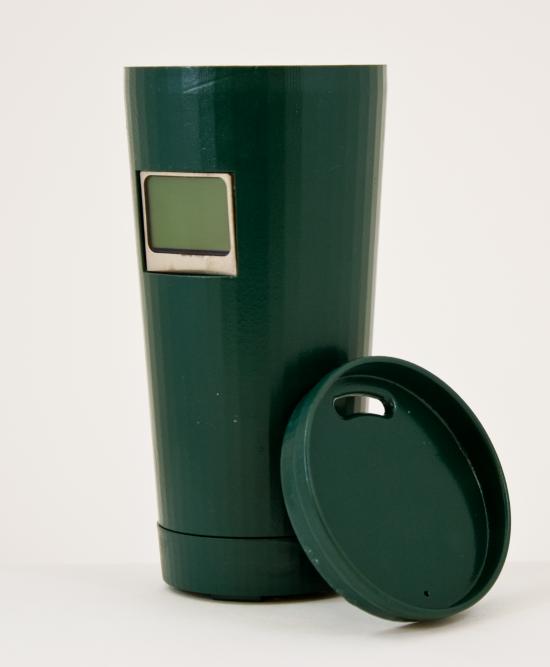 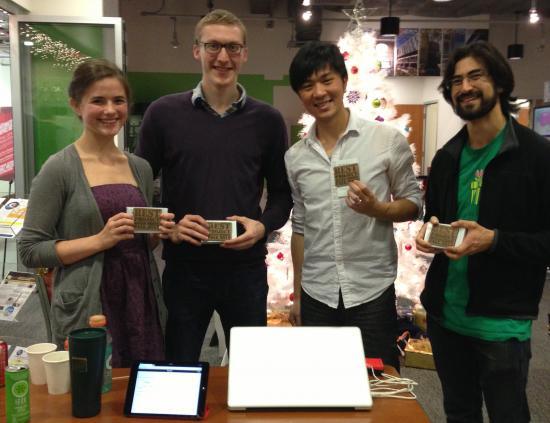 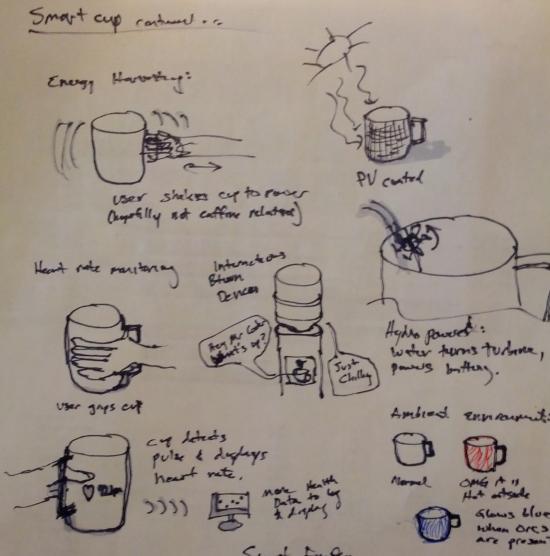 Early brainstorming for the smart cup. 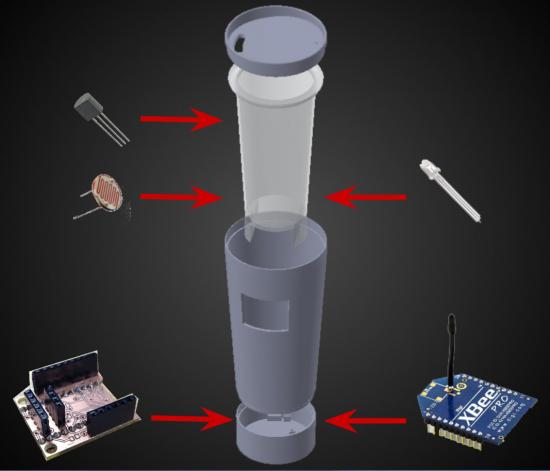 The cup includes a temperature sensor, LED, photoreceptor, weight sensor, and mini-circuit board with a wireless transmitter 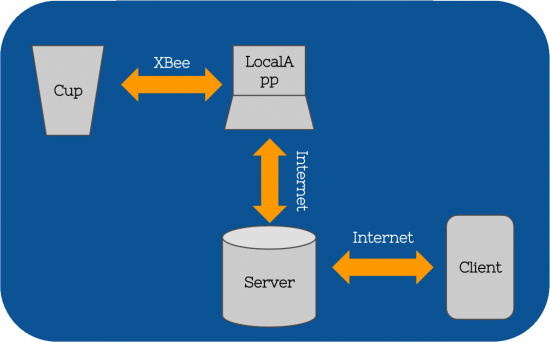 The smart cup communicates wirelessly with the local base station, which uploads the data to the server. 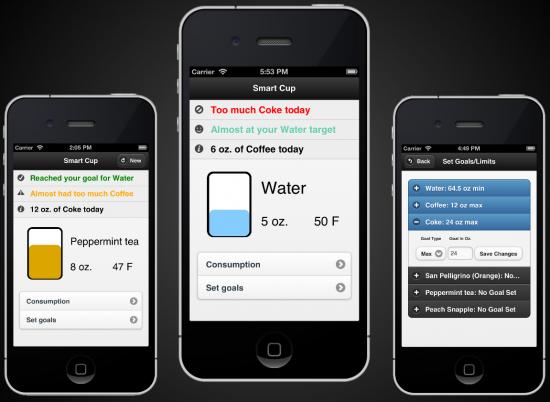 The companion mobile app includes a dashboard with your beverage history, goals, and statistics