Over the past year, I School alumnus Howard Besser (Ph.D. 1997) and Activist Archivists have been doing innovative work that extends beyond the technological aspects of digital preservation to include elements of sociology, cultural sensitivity, local politics, community advocacy and more.

Their work centers around a new kind of collection that didn’t exist until recent years: digital content on a massive scale, from various sources, created by many individuals in a range of formats and dispersed throughout cyberspace. What unifies the collection is a community, bound together by geography or by a shared purpose. Adding to the challenge, archivists must deal with complex behavior from the content creators.

In October of 2011, students and graduates of New York University’s Moving Image Archive and Preservation Program recognized the historic significance of the month-old Occupy Wall Street movement and the value of the digital artifacts related to it and the risk of those digital artifacts becoming inaccessible through neglect. Together with MIAP director Howard Besser, they formed Activist Archivists and started planning how to preserve the content.

One of their projects was to communicate digital-preservation information clearly and succinctly. They wrote pared-down text and printed it on postcards, which they distributed to people in the crowds. The “Why Archive” postcard makes statements such as, “Accountability: Archives collect evidence that can hold those in power accountable,” and “Education: Today’s videos, flyers, web pages and signs are material for tomorrow’s skill-shares, classes, and mobilizations.” Besser said, “The postcard briefly explained that saving this material would serve values dear to the movement.”

They also developed a crash course in digital preservation, with videos, links to resources and advice such as “7 Tips to Ensure Your Video Is Usable in the Long Term” and “Best Practices for Video Activists.” Besser said, “The best-practices document also discussed legal restrictions involving getting permission from those you record — as well as issues involving copyright — and stresses the idea of executing a Creative Commons license, which will allow a repository to archive the material and make it available in the future.”

From the occupy movement’s start in September 2011, it was jacked into the digital universe, generating hundreds of thousands of tweets, blogs, photos, videos, recordings and more. But there was some initial indifference by the creators to preserve this digital content.

When Activist Archivists first came around there was some wariness.

“I have to give a lot of credit to Michael Nash, who was director of the Tamiment Library at NYU,” said Besser. “He spent a lot of evenings with the group, listening, talking — in a very cooperative and open way — about how he wanted to do things without stepping on anyone’s toes. He became seen as still an outsider but an outsider that was part of the movement.”

The movement had already created an archives working group, but it was dedicated almost exclusively to saving material artifacts — such as the signs the protesters carried — rather than digital content. Activist Archivist members attended every weekly working group meeting for months. But over time they felt their archival help would be more appropriate in another sub-group, the media working group, which was already dealing with video, audio and photos.

The media group was the movement’s communications division, arranging for streaming events and putting video of events online. They didn’t have a long-term interest in preserving the media itself. Besser said, “When our people started going to meetings of the media group, we started pushing for a more long-term interest towards getting them to be much more systematic about how they organized material.”

The archivists put up an Omeka server for recordkeeping and they helped catalog some video content. They also pushed for the movement to use the secure digital repository at NYU’s Tamiment library but many balked at the donor agreement. Besser said, “Their ideology made them suspicious of any type of exclusive arrangement, including giving their material only to a particular repository. It runs counter to their principles of openness and sharing.

“And their consensus decision-making process made it difficult for a repository to try to come to an agreement with the group, as a group discussion on a topic such as this might range over several meetings, and each meeting might be composed of a slightly different group of participants and discussion from previous meetings had to be repeated to and accepted by the newcomers.” Eventually the movement did archive their digital content with NYU, with a Creative Commons license that permitted any institution to also have the material and anyone to use the material.

The archivists collaborated with NYU’s Tamiment Library to crowd-source selection of videos — harvested from YouTube — that were related to the movement. They developed categories, such as “Celebrity Visits” and “Confrontations with Police,” and planned to have movement members fill in an online form listing the five most important videos in each category.

Getting members to assign metadata to the media that they created was a challenge. “Their idea of metadata was tags,” said Besser. “So there was a lot of education about technical metadata, various types of descriptive metadata. But this type of organization can’t just declare that everyone needs to adhere to a schema. All that can happen is to create metadata recommendations that people don’t necessarily follow. That’s why we were building towards developing an app for people’s phones with a notion that they could fill out a form once and that would automatically record certain things that it would grab — the time or date or GPS location — and put that with a photograph or a video that was being recorded.”

Metadata is a sticking point with Besser. He has long been a proponent of gathering metadata at the start, at the point when the digital thing is created. And he’s aware that even if he can get members of a community to create good metadata, in the course of sharing files online the metadata may get stripped out when the files are uploaded to — or downloaded from — certain sites.

Realistically, as with the app he proposes, he believes that to ensure good metadata practices among the general community, the process needs to be at least partly automated. Besser said, “It will not be possible for memory institutions to ingest the vast number of these born-digital works otherwise. Cultural institutions will not have the resources to catalog and add metadata to each of the large number of works that will be coming from many thousands of individuals.”

The AA experience with the occupy movement resembles what many archivists will be facing in the future:

The work of Activists Archivists with the Occupy movement illustrates the importance of getting an archivist involved early in the life cycle of an important event, if possible, a point also expressed by the Smithsonian’s Anne Van Camp. The difference is that Van Camp sees the archivist as someone who can use his or her expertise to influence the behavior of content creators. As Besser’s experience shows, that won’t always be the case.

Besser emphasizes that Activist Archivists will continue to do community outreach. He said. “Over the last six months we’ve taken on smaller things, where we work with local community collections and we work to make those things much more sustainable over time. And we’re sponsoring a session of the Association of Moving Image Archivists meeting in Seattle in December, where people are talking about different types of community archiving. Our people have gone into various places that had existing collections and tried to make those more sustainable. 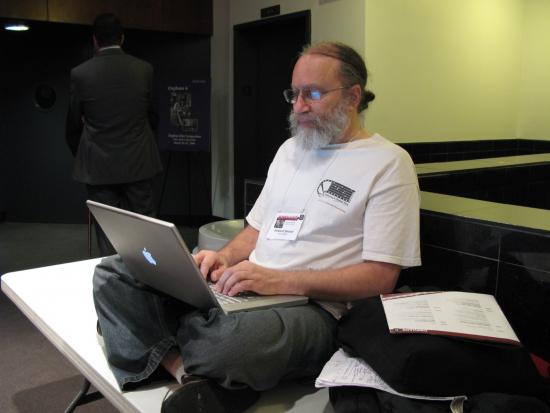 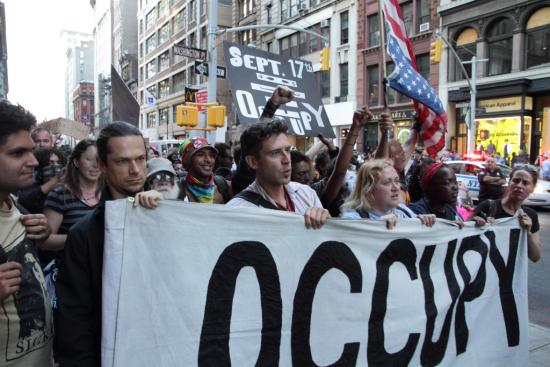