How the Pop-Up Radio Archive Is Saving Culture

Three School of Information master’s students are working with a pair of independent radio producers to solve a longstanding information-management and archival problem. And now the three have been named finalists in a competition for innovative, high-impact big ideas.

In 1982, National Public Radio first aired “War and Separation”, a fourteen-minute portrait of life on the home front during World War II produced by the Kitchen Sisters — the San Francisco–based independent radio producers Davia Nelson and Nikki Silva. The story was told through oral histories, radio broadcasts, music, newsreels, films, and home-recorded letters on 78s sent between soldiers and their wives or girlfriends.

The piece was typical of the Kitchen Sisters’ work: the two are renowned for their richly-layered sound, incorporating archival audio, first-person contributed recordings, telephone messages, and on-site documentary recordings. While creating one five- to ten-minute radio piece, they often collect dozens of hours of audio and hundreds of ancillary media — photographs, recipes, interviews, and listener contributions. Their accumulated archives from the past thirty years are now stored on various formats of tapes, CDs, and out-of-date hard drives in boxes, offices, closets, and storage units all over the Bay Area.

Last year, NPR approached the Kitchen Sisters about producing a new version of “War and Separation”, re-using and repackaging the original recordings they had collected. What should have taken a few hours turned into a tedious hunt through storage units, handwritten records, and file cabinets. In the end they had to work with the old mixed version, because they couldn’t quickly locate key recordings.

Their dilemma is common for independent media producers. And now three School of Information students are helping them solve the problem.

Anne Wootton first met Davia Nelson in August 2010, right before beginning the School of Information master’s degree program. When Wootton described the program and her interest in online media and digital archiving, Nelson immediately said how badly she and Silva needed a better archival system. “You should work for us!” exclaimed Nelson.

Now Wootton has taken up the challenge as her Final Project for the MIMS degree, along with fellow master’s students Bailey Smith and Christen Penny. The three are not just organizing old tapes; rather, they’re developing a flexible, customizable system that can be used by any of the hundreds of independent media producers who face similar challenges.

The system, which they call the Pop-Up Radio Archive, will support long-term online archiving of multimedia materials; a sensible, accessible, standardized system of organization, labeling, and tagging; and optional online publishing to make the resources available to the world.

And it will be easy to use. Independent media producers are notoriously underfunded; they rarely have dedicated technical staffers, and when they’re absorbed by the content itself, it can be easy to neglect the mundane tasks of organization and filing. The system needs to be intuitive enough to fit seamlessly into the producers’ normal workflow, rather than being an extra burden in their already over-booked schedules.

The system also needs to be inexpensive. Enterprise-level archiving systems are often cost-prohibitive for small independent producers to purchase and administer. Instead, the Pop-Up Radio Archive uses open-source software that can be easily configured, doesn't require dedicated servers or specialized hardware, and can be managed online.

“They don't have the tech team or the technical know-how to set this up themselves,” explained Christen Penny. “And they’re not going to get that,” added Wootton.

The Kitchen Sisters are effusive in their enthusiasm for the project. “Having an online archive would make it possible to do in five minutes what we consider impossible today,” said Nikki Silva.

Although Anne Wootton came to the School of Information planning to work with digital archives, Bailey Smith and Christen Penny did not.

“I came to the I School intending to save journalism,” says Smith. “OK, that’s a bit of a hyperbole,” she laughs. “I guess what I really wanted was to improve media access. By that standard, I'm right on track.”

Christen Penny, on the other hand, wrote her application essay about the democratization of information. “Now it almost seems like a cliché,” she comments. “It’s an easy catchphrase, but the real world is so much more complex. I was also hoping that that my work here would involve multimedia or the arts or humanities,” she adds, “so I feel like this project is the perfect overlap.”

Their two years of coursework at the School of Information has given the three students the skills they need to address this challenge. Courses in user-interface design and user experience research emphasized the importance of a nuanced understanding of their users’ needs and work practices. Courses in information organization have taught them the value and challenges of different metadata systems and standards. Other courses taught them how to manage complex projects, evaluate competing technologies, design modular systems, and integrate existing web services.

Earlier this year, the Pop-Up Radio Archive was named a finalist in UC Berkeley’s “Big Ideas” competition. The contest provides support and funding to interdisciplinary teams of students with an idea — and a plan — to make a difference in the world.

The Pop-Up Radio Archive is one of 42 finalists overall and nine finalists in the “Information Technology for Society” division. The nine teams will present their projects at a poster session this Thursday, April 5, at UC Berkeley.

As finalists, the team has also been working with a mentor, Nancy Roberts of Idea Hive, in developing their project plan.

Under the Hood of the Pop-Up Archive

Online publishing is possible using Omeka and WordPress, the most widely-used content-management system on the web. WordPress is also open-source and free, and can be easily extended to include additional web presentation capabilities, such as HTML5.

For long-term preservation, the Pop-Up Radio Archive is partnering with the Internet Archive, which automatically converts audio recordings to multiple accessible formats. The Internet Archive is a San Francisco–based non-profit creating an “Internet library” with permanent access to digital historical collections for researchers, historians, scholars, people with disabilities, and the general public.

For content management, the team is using PBCore, the dominant metadata standard for public broadcasting. PBCore is the system used by the Corporation for Public Broadcasting in its new “American Archives” project, which is inventorying the collections of public broadcast stations all over the country. By using standards-based cataloging and tagging, the Pop-Up Radio Archive will support sharing and interoperability with other public media archives and producers.

The Pop-Up Radio Archive is designed for seamless interaction between WordPress, Omeka, SoundCloud, and the Internet Archive, with one-click audio archiving and one-click publishing of materials to the web.

“Public broadcast organizations of all sorts are trying to figure out how they’re going to continue to move onto the web,” explained Wootton. “The Kitchen Sisters are working with the Corporation for Public Broadcasting on this problem right now.”

Penny, Smith, and Wootton are committed to building a system that can be easily replicated by small producers. As part of their design process, the three interviewed other players in the independent media market, including other radio producers, stations, and listeners. “It’s important that the system be extendable to other producers who want to do this, too,” explained Wootton.

The Kitchen Sisters feel a special responsibility to the thousands of people who have volunteered to share their stories with them. They have also researched and collected a rich assortment of historical recordings and artifacts, like the personal messages from World War II soldiers featured in 1982. “Because they consider themselves oral historians, they feel responsible to find a way to make that material accessible,” explained Smith. The Pop-Up Radio Archive will help preserve these recordings and make them more widely available. 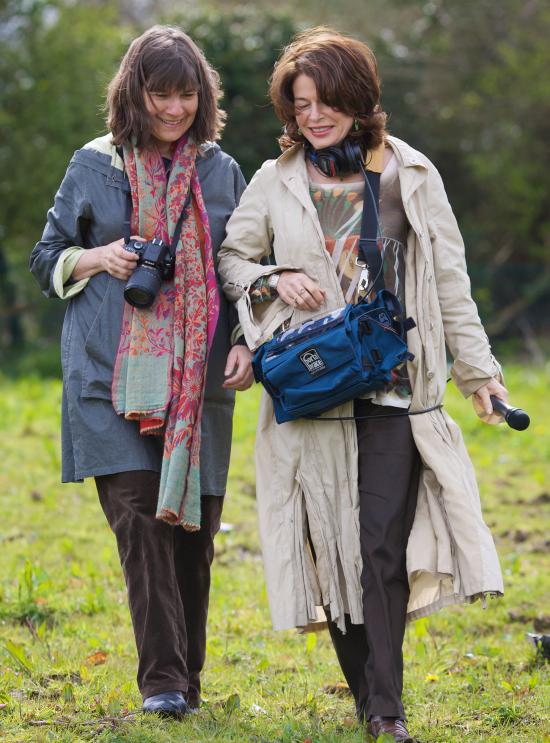 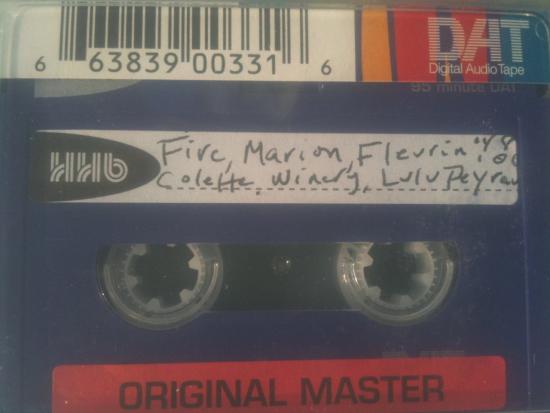