The grass-mud horse, a lively, intelligent, and tenacious animal that resembles an alpaca, is one of the most commonly referenced animals across the Chinese Internet. A recent Google search found over twenty million web pages referencing the grass-mud horse — an impressive total for an animal that doesn’t actually exist.

The grass-mud horse is actually a vulgar play on words, explains Xiao Qiang, an adjunct professor at the School of Information. The Mandarin phrase for grass-mud horse, cǎonímǎ, with a shift only of tone, becomes cào nǐ mā, which means “f— your mother” or “motherf—.” In a country where public discourse is tightly controlled and rigidly censored, the grass-mud horse is playfully defiant of government censorship, and in a small way subverts the authority of the ruling Communist Party.

Professor Xiao is a scholar of digital activism and China’s Internet culture; for the past decade, he has been documenting Chinese government censorship on the China Digital Times website. He has also tracked the impact of emerging online bulletin boards, blog-hosting portals, and weibo, microblogs similar to Twitter.

Even with the rise of real-time online communication platforms, the Internet in China remains heavily censored. The so-called “Great Firewall of China” restricts transnational Internet connections and blocks potentially subversive sites; even within China, every email, blog post, and Internet search request is potentially under surveillance, subject to being blocked at any time, for any reason.

In that context, “demands for greater freedom of information and expression are often expressed in coded language and metaphors,” explains Xiao, “which allows them to avoid outright censorship.”

An upcoming article and book chapter by professor Xiao and professor Perry Link of UC Riverside documents the emergence of this coded language and wordplay and analyzes their potential impact on China’s political future. The article, “From Grass-Mud Horses to Citizens: Language and Political Identity on the Chinese Internet” will be published in the Journal of Democracy in January 2013; later in 2013, a related analysis will appear as “From Grass-Mud Equestrians to Rights-Conscious Citizens: Language and Thought on the Chinese Internet” in the book Restless China, edited by Link, Richard Madsen, and Paul G. Pickowicz.

While the grass-mud horse is simply vulgar, other forms of wordplay target the government more explicitly.

The term zhèngfŭ (government) is considered sensitive, so alternate phrases have emerged. In an allusion to the novel 1984, the Communist Party’s Department of Propaganda is sometimes referred to as the zhēn lĭ bù (Ministry of Truth). Referring to the government with the old-fashioned term tianchao (heavenly dynasty) not only avoids Internet filters, it also “delivers the mischievous suggestion that the government is hardly modern,” observes Xiao.

The public rhetoric of the Hu Jintao regime regularly invoked its goal of héxié shèhuì (harmonious society) in cracking down on inappropriate or politically subversive online discussion. In response, héxié (harmony) began to be used ironically as slang for censorship; when Chinese netizens find their online posts censored, they commonly refer to having been “harmonized.”

The use of héxié (harmony) to mean censorship became so widespread that many online platforms began to censor the term héxié as well, leading to the introduction of a new fictional animal: the river crab. The word for river crab (héxiè) sounds similar to the word for harmony, with only a change in tone.

The river crab appears as the villain in the “Song of the Grass-Mud Horse,” a light-hearted, cheerful song whose childlike quality belies both the vulgarity and the political subversion of its lyrics’ alternate meanings.

By representing the grass-mud horse and the river crab in pictures, people people can invoke the idea of Chinese censorship without even using words. A famous photograph by Chinese artist and political activist Ai Weiwei depicts him naked, blocked only by a stuffed grass-mud horse. The photo’s caption, “Grass-mud horse covering the middle,” can be read as a vulgar insult directed at the Communist Party central committee. “The elegance of Ai’s art is that he can produce this thought in viewers’ minds without uttering a single syllable,” explains Xiao.

In addition, the river crab is often pictured wearing three watches, where “three watches” is a near-homophone of “Three Represents,” the Communist Party ideology introduced by Jiang Zemin.

The increasing visibility of these plays on words — innocuous on the surface, but with subversive undertones — taunts the government’s censors, almost daring them to crack down. But the rapid rise of new euphemisms and the endless creativity of Chinese netizens would clearly make any crackdown futile.

The increasing visibility of such wordplay also demonstrates to critics of the government that they are not alone.

China’s ruling Communist Party has long prevented gatherings of government critics or public expression of anti-government ideas, in order to isolate critics and potential activists. But the Internet now seems able to nurture new subcultures who would never be allowed to meet in person, with shared values and identities — what professor Xiao calls “cyber-assemblies.”

These “cyber-assemblies” can have a political impact through coordinated activities, even without any explicit organization or in-person meetings. After a high-speel rail crash in July 2011 in the Zhejiang province, Internet users across China bombarded the government with demands for a full investigation. After the online leak of cover-up directives and photographs of bulldozers literally burying evidence of the crash, the government was forced to address the crash publicly and to dismiss the Ministry of Railways’ spokesman. Vast online outrage also followed the death of toddler Wang Yue in a traffic accident in October 2011, forcing official governmental responses.

In the long run, Xiao and Link theorize that subversive online language may do more than provide a safety valve for netizens to safely blow off steam: it may sow the seeds for re-imagining the national identity of the Chinese people.

What does it mean to be Chinese today? “The Chinese Communist Party has always offered a ready answer,” answered Xiao; “to be Chinese is to stand with the Communist Party of China. To depart from the Party is to be not only politically incorrect but un-Chinese.” And languge reinforces this sense of identity; in official communications, the term wodang (our party) implies “the party of everyone,” and the terms aiguo (patriotism) and ai dang (love of the Party) are used interchangably.

But new terminology is emerging on the Internet to undercut this identity.

A few years ago, a Chinese netizen began using the terms guidang and guiguo for the Chinise government. The prefix gui-, literally “noble” or “expensive,” is a formal or polite way to say “your”; guiguo is a respectful way to say “your country” when speaking to a foreigner. To use the term guiguo (“honorable country” or “your country”) for one’s own country is an innovation: deeply subversive, but with a patina of respect. Similarly, the term guidang (“honorable party” or “your party”) clearly distances the speaker his own country’s government.

Xiao quotes an anonymous Chinese netizen making this explicit in 2010: “It turns out that this guo [country] is not our guo, but the guo
of a certain dang [Party]. This fact makes the terms guiguo and guidang appropriate.”

Beyond the immediate impact of such subversive language, Xiao theorizes that a more important shift occurs as the terms come into normal use and lose their sarcastic edge. When terms like tianchao and guiguo become mainstream, “it converts the terms from the relatively narrow role of expressing resistance to the much broader one of conceiving how the world normally is,” he explains.

“When it reflects and expresses normality, much more is at stake,” Xiao added.

Xiao Qiang, a Beijing native, is the founder and editor-in-chief of the China Digital Times, a bi-lingual China news website. His current research focuses on measuring the state censorship and control of the Internet, mapping online political discourse, and building an automated aggregator of marginalized, censored, or blocked content in Chinese blogosphere. Xiao studied physics in China and the US and has been a long-time human rights activist. He is a recipient of the MacArthur Fellowship in 2001, and is profiled in the book “Soul Purpose: 40 People Who Are Changing the World for the Better.” 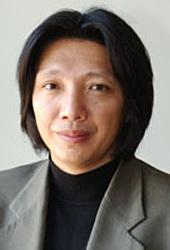 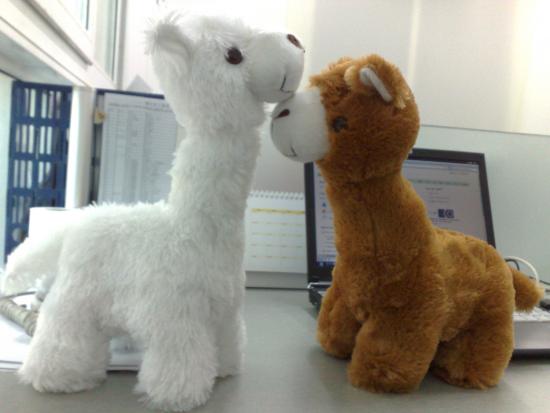 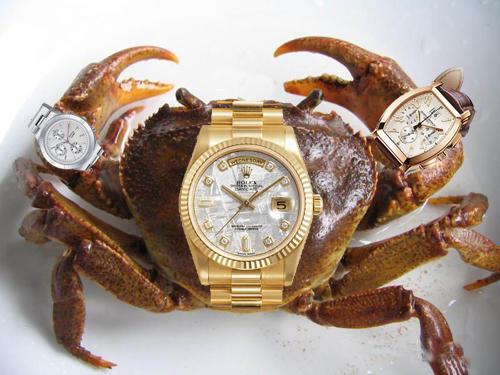 The Song of the Grass-Mud Horse