School of Information doctoral student Daniela Rosner is one of the organizers of this week’s Pervasive Computing conference, which also features a demonstration of a 2010 I School master’s final project.

“Pervasive 2011,” the ninth international conference on pervasive computing, is being held this week, June 12–15, in San Francisco. At the conference, researchers present their latest results in architecture, design, implementation, application, and evaluation of pervasive computing.

Ph.D. student Daniela Rosner is a co-organizer of the conference’s demonstration track, which showcases twelve innovations in pervasive computing technology. Rosner is a third-year doctoral student whose research focuses on the interplay between technology, handcraft, and the creative communities around them.

The session includes a demonstration of Cookmark, which was originally developed as a 2010 I School master’s final project. Cookmark is a digital head chef that intelligently divides tasks for multiple recipes among multiple people, using a web interface and an iPhone app; it was created by 2010 MIMS alumnae Carol Chen, Janani Vasudev, and Jin Young Baik. 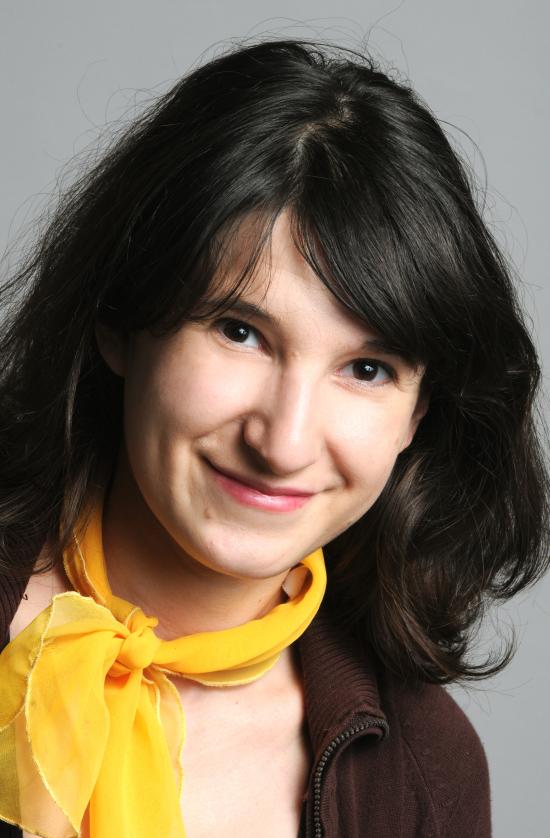 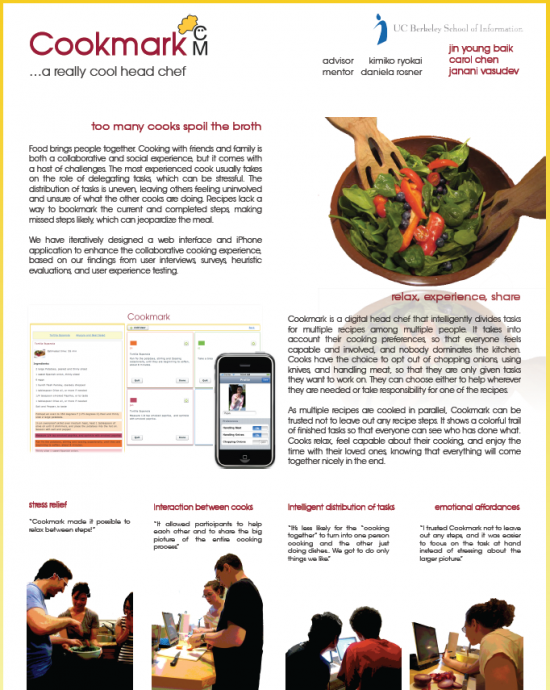