School of Information assistant professor Jenna Burrell has been awarded an NSF grant for a research project exploring the use of digital tools by marginalized populations in four countries.

While technology has long been a part of economic development efforts, Western technology has too often been exported to developing regions without understanding the local cultures, needs, and business models. However, new approaches are beginning to emphasize socio-technical systems in which tools, people, programs, policies, and business models are brought together. The project will use ethnographic techniques to examine how populations marginalized from the global economy define and pursue development for themselves.

Focusing on marginalized populations broadens the project scope beyond just the issue of poverty, according to Burrell. “Marginalization is about being on the periphery of the world's political and economic order,” she explained. In addition to Burrell, the project also includes research by I School doctoral students Elisa Oreglia and Bob Bell, and by Janet Kwami, an assistant professor of communication studies at Furman University in South Carolina.

“Ethnographic studies are a qualitative research approach,” explained Kwami. “You get into a community and get to understand the culture and who the people are, so that you understand why they do what they do.”

This project builds on work that is already underway around the globe. Jenna Burrell has conducted extensive research on Internet usage in Africa; she is working on a book about youth culture and Internet cafés in Ghana that is scheduled for publication in 2011. In addition, doctoral student Elisa Oreglia has spent the past several years studying how Chinese rural-to-urban young migrant women use technology in their social lives, and doctoral student Bob Bell's research centers on the emergence of Kenya’s IT-enabled outsourcing industry.

“My research has focused on the idea of ‘user agency,’” says Burrell, “studying how populations make sense of technology for themselves, and how they attempt to solve problems on their own using new technologies.” This approach is open to the possibility of what Burrell calls ground-level innovation: “how people are inventing new uses of these technologies adaptively.” A key example would be money transfers via mobile phone. “That's now a legitimate service offered by cell phone providers in places like Uganda and Ghana, but the interesting thing is that the capability existed before the mobile phone companies recognized the need,” she says. “Someone somewhere figured it out, and word spread.”

“Stories like this show that there is absolutely the capacity for novel innovation among users, particularly among users who are marginalized or underestimated. They also give you a powerful sense of what's important, and of what needs users are trying to meet,” according to Burrell. “That's the kind of thing we're on the lookout for.” 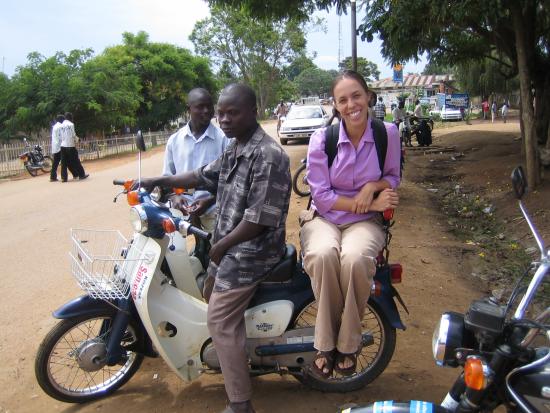 Jenna Burrell in Uganda, where she is researching the use of digital technologies 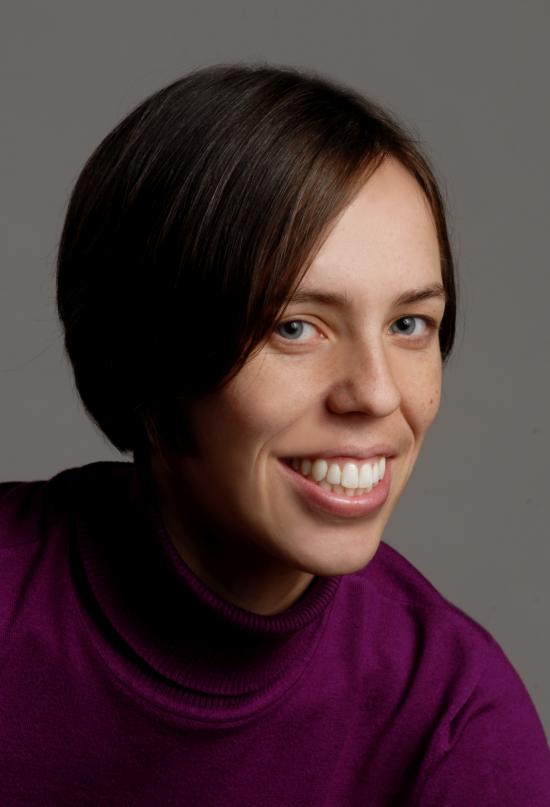 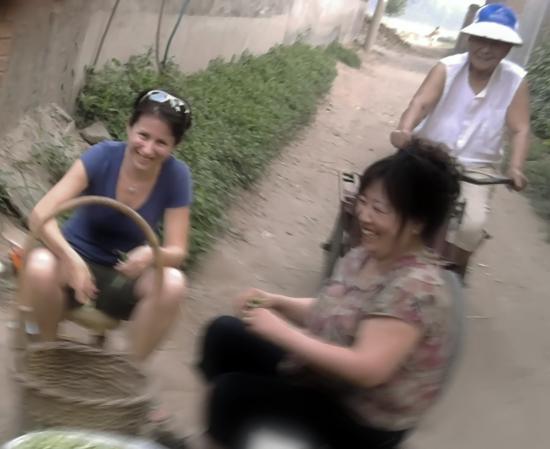