Wegars is the volunteer curator of the University of Idaho's Asian American Comparative Collection (AACC), a resource center of artifacts, images, and bibliographical materials that help a wide range of individuals better understand the history, culture, and archaeology of Asian Americans in the West. In addition to her MLS from Berkeley's School of Librarianship, she has a Ph.D. in history from the University of Idaho, Moscow. She is also an independent editor, historian, historical archaeologist, and artifact analyst.

Despite having committed no crimes, but suspected of potential sabotage, these noncitizen U.S. residents of Japanese descent had been interned elsewhere in the U.S. following Japan's attack on Pearl Harbor in December 1941. They volunteered for transfer to the Kooskia Internment Camp and earned wages for helping build the Lewis-Clark Highway, now Highway 12.

Whereas some of the all-male internees held camp jobs, most of these paid volunteers were construction workers, operating heavy equipment or laboring with picks and shovels. The internees found this area of the Idaho wilderness to be a welcome change from the barbed wire of the Santa Fe Detention Center and other places where they were previously confined. For example, Yoshito Kadotani, a landscape gardener from Santa Cruz, California, called it "… a paradise in mountains!," saying, "It reminds me so much of Yosemite National Park."

Knowledge of their rights under the 1929 Geneva Convention empowered the Kooskia internees to successfully challenge administrative mistreatment, thereby regaining much of the self-respect they had lost by being so unjustly interned.

Wegars' earlier research focused on Chinese immigrants in the West, and her book, Polly Bemis: A Chinese American Pioneer (Cambridge, ID: Backeddy Books, 2003), received Honorable Mention from the Idaho Library Association as the Idaho Book of the Year for 2003. She is also the editor of Hidden Heritage: Historical Archaeology of the Overseas Chinese (Amityville, NY: Baywood, 1993) and is co-editor, with Sue Fawn Chung, of Chinese American Death Rituals: Respecting the Ancestors (Lanham, MD: AltaMira, 2005). She is particularly interested in locating families of Kooskia Internment Camp internees and employees. 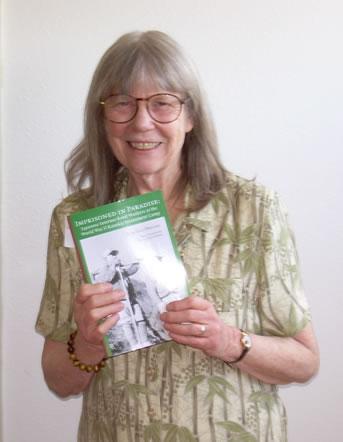 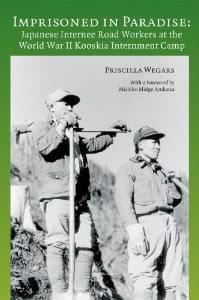