Sponsored by Berkeley IT; Division of Computing, Data Science and Society; D-Lab; Lawrence Berkeley National Laboratory; Research IT; Research, Teaching, and Learning; the School of Information; and the UC Berkeley Library

Join us for a series of events celebrating Women in Data Science at UC Berkeley. WiDS Berkeley is an independent event that is organized by the UC Berkeley WiDS ambassadors part of the annual WiDS Worldwide conference organized by Stanford University and an estimated 150+ locations worldwide, which features outstanding women doing outstanding work in the field of data science. All genders are invited to attend all WiDS Worldwide conference events.

We will stream content from the global WiDS events and provide live, virtual programming for the UC Berkeley campus throughout the week featuring distinguished scholars and practitioners from across the Bay Area and the world.

One hour of bite-sized insights into exciting Cal student projects currently in the making.

If after our WiDS Berkeley programming you are up for even more, we recommend attending the virtual Diversity in Tech Symposium (formerly Women in Tech) which will be held Thursday, March 10 – Friday, March 11 with this year’s content focusing on “Advancing Climate Resilience.” 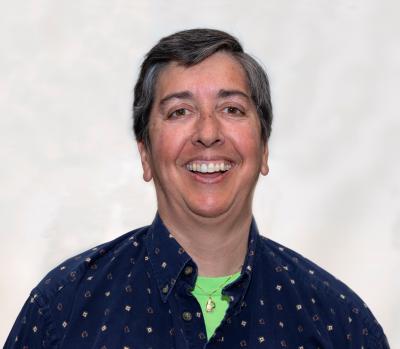 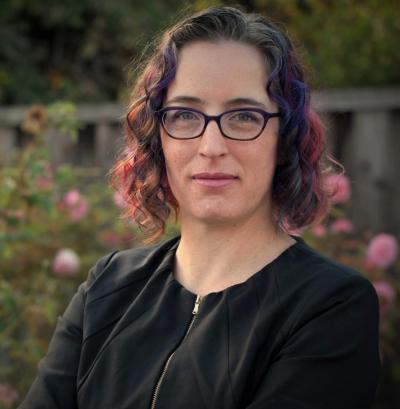 Morgan G. Ames researches the ideological origins of inequality in the technology world, with a focus on utopianism, childhood, and learning. Her book The Charisma Machine: The Life, Death, and Legacy of One Laptop per Child (MIT Press, 2019), winner of the 2020 Best Information Science Book Award, the 2020 Sally Hacker Prize, and the 2021 Computer History Museum Prize, draws on archival research and ethnographic fieldwork in Paraguay to explore the cultural history, results, and legacy of the OLPC project - and what it tells us about the many other technology projects that draw on similar utopian ideals. Morgan is an assistant professor of practice in the School of Information and associate director of research for the Center for Science, Technology, Medicine and Society at the University of California, Berkeley. 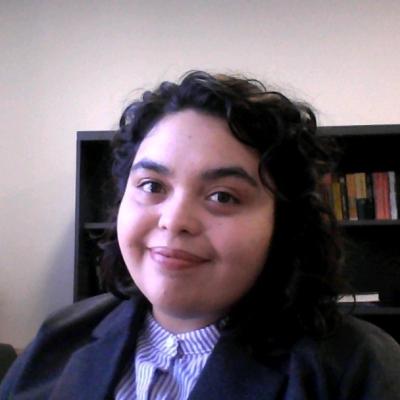 Ana Maria Kenney is a postdoctoral scholar in the Department of Statistics at UC Berkeley. Previously, she earned a dual Ph.D. in statistics and operations research at Penn State, where she was named an Alfred P. Sloan Foundation Minority Ph.D. (MPHD) program scholar, a Bunton-Waller Fellow – a fellowship given to promising graduate students from underrepresented cultural and ethnic backgrounds – and a member of the Biomedical Big Data to Knowledge (B2D2K) predoctoral training program.

She works primarily at the interface of computational statistics/machine learning and optimization applied to the “Omics” sciences. Generally, she develops techniques that utilize modern optimization tools for the analysis of large, complex, sometimes frustratingly noisy data — frequently functional or longitudinal in nature. Working with an interdisciplinary group of statisticians, biologists, bioinformaticians, and health professionals has instilled a very pragmatic edge to her work, and she emphasizes stability, computational efficiency, and practical relevance when approaching each project and technique she develops. 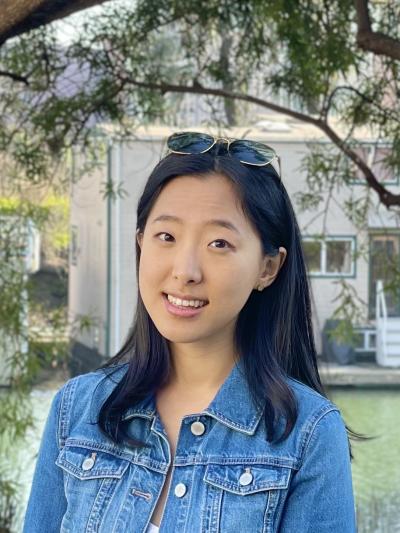 Haerang (“HAIR-rahng”) Lee is a data scientist at Meta. She graduated from UC Berkeley's Master of Information and Data Science (MIDS) program, a degree that she leveraged to pivot her career from fraud investigations to data science. She won the Hal R. Varian Award for her capstone project that conjoined machine learning and bioinformatics. Having obtained her BA in economics and BS in business administration from UC Berkeley as well, Haerang is blue and gold to the core.

She is passionate about leading young minds, and is a recipient of the Outstanding Mentor Award from the UC Berkeley School of Information. A San Francisco local who is Korean by birth, Haerang has spent her formative years in India and New Zealand. She considers herself a citizen of the world and a TCK (Third Culture Kid). Like most Koreans, she has a soft spot for some good fried chicken. 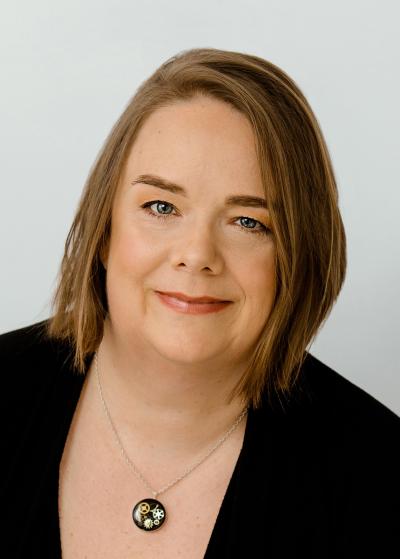 Anne Marshall is a student in UC Berkeley’s MIDS program. Prior to that she was a principal engineer at Amazon. During her time at Amazon she worked in fulfillment system software, community reviews and reputation, Kindle, and Amazon Go. At Amazon she spent over 10 years as part of the global leadership for the Amazon Women in Engineering affinity group, whose mission is to make Amazon the best place for technical women and gender minorities to work. Her focus was on community building and career and technical development of women and underrepresented minorities in technical roles. 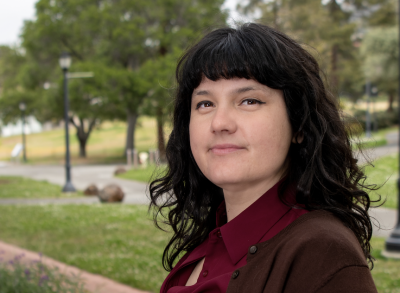 Ciera Martinez focuses on data intensive research projects that aim to understand how life on this planet evolves in reaction to the environment and climate – especially projects involving large and complex datasets. A long-time open science advocate, Ciera has been involved with and continues to be interested in working on training for open data, education, publishing, and software, including developing community standards for data management practices. As a 2019 Mozilla Open Science Fellow, she connected her love of data and museums and worked on projects aimed at understanding and increasing the usability of biodiversity and natural history museum data.  She received her Ph.D. in plant biology from UC Davis, researching the genetic mechanisms regulating plant architecture.  She then went on to become a NSF Postdoctoral Fellow at UC Berkeley in the Molecular and Cellular Biology Department, studying genome evolution. She was also a BIDS postdoctoral data science fellow for 3 years, working on undergraduate research practices, data science training, community development, and best practices for data science, diversity and inclusion, and computational research. 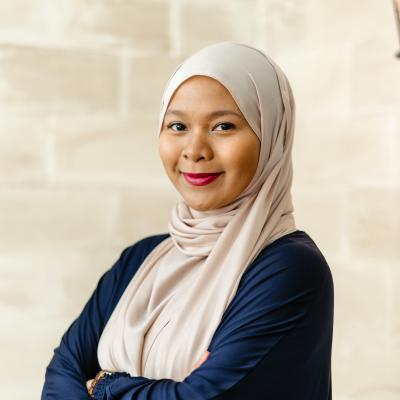 Wan Nurul Naszeerah is a  health scientist and Doctor of Public Health student at UC Berkeley, where she studies the roles of new media as public health intervention and advocacy tools.

She previously served as a medical training and research officer at the Royal Brunei Armed Forces and co-founded a learning platform called BenchLab. Prior to her military career, she graduated from Yale University with a Master of Public Health, specializing in infectious diseases epidemiology, and from UC Davis with a Bachelor of Science in biological sciences, specializing in applied microbiology and biotechnology. She identifies as a Bruneian, a Malay-Muslim, a working mother, a first-generation graduate, and an ASEAN Youth Fellow.

Andi Morey Peterson received her bachelor’s degree in 2005 at University of Idaho in electrical engineering.  She started her career in the probe department at Micron Technology, where she coded tests and analyzed data from different types of memory and storage technologies. She also received an MBA from Northwest Nazarene University in 2008. She has worked full-time while raising three boys ages 4, 7, and 10 and going to school. She will graduate with her MIDS degree in Winter 2022 or Spring 2023. She decided to get her MIDS degree when seeing the explosion of opportunities at my company and because it so closely aligned with the job she was already doing. She now has a team of 90 and growing, and loves being a leader.

The Women in Data Science (WiDS) Conference seeks to support all participants from across the world in an inclusive, safe, and welcoming environment. All participants are expected to be considerate, respectful, and collaborative, and will refrain from demeaning, discriminatory, or harassing behavior and speech....

If you have questions about this event, please contact the WiDS Berkeley planning team at wids@berkeley.edu.