Interested in exploring data science careers in various domains and industries? Join us for a new series of panel webinars that highlight the career paths and the skills that are needed to succeed,  organized by MIDS alumna and lecturer Sahab Aslam.

Invited industry experts will share stories from their career journey, how they built their paths, established their brand, and will offer insights into the current data science trends in their industry.

Drew Conway is a prominent data scientist, entrepreneur, author, and speaker. He’s built companies and has advised and consulted across many industries, ranging from fledgling startups to Fortune 100 companies, as well as academic institutions and government agencies at all levels. Drew joined Two Sigma in 2019 and leads the strategic data science team, where he is spearheading the development of several new data-driven initiatives at the firm.

Drew has spent more than a decade working in the New York City technology community. Prior to joining Two Sigma, he was the founder and CEO at Alluvium, an enterprise AI startup acquired in January 2019. Drew is also co-founded DataKind (2011), a global non-profit of pro bono data scientists; and currently sits on the advisory boards of multiple startups, academic institutions, and government agencies. Drew holds a Ph.D. in politics from New York University and a B.A. in computer science and political science from Hamilton College.

Jeffrey is the lead instructor in the Master of Information and Data Science program. Jeffery most recently led data science and engineering teams as VP of data science and engineering at the store associate technology of Walmart Global Technology. Before Walmart, his prior roles include the chief data scientist at AllianceBernstein, a global asset management firm that managed nearly $700 billion, vice president and head of data science at Silicon Valley Data Science, and senior leadership position at Charles Schwab Corporation and KPMG. He has also taught econometrics, statistics, and machine learning at UC Berkeley, Cornell, NYU, University of Pennsylvania, and Virginia Tech.

Jeffrey is active in the data science community and often speaks at data science conferences and local events. He has many years of experience in applying a wide range of econometric and machine learning techniques to create analytic solutions for financial institutions, businesses, and policy institutions. Jeffrey holds a Ph.D. and an M.A. in economics from the University of Pennsylvania and a B.S. in mathematics and economics from UCLA.

Robert Huntsman is the chief data scientist for US businesses at Prudential Financial, leading the development of the firm's industry-leading individual and group accelerated underwriting platforms, anomaly detection and fraud prevention systems, distribution optimization programs, and conversational AI platform.  He is a senior executive with 20 years of experience leading the design, development, and commercialization of advanced technologies with deep expertise in machine learning, artificial intelligence, data science, analytics, and finance.

Previously, Robert was the global head of AI and data science for Synechron, where he led a global data science organization developing large-scale machine learning solutions for tier one banks.  He has held senior roles at firms including FTSE Russell, Morgan Stanley, and Axioma (Deutsche Boerse).

Robert received an MBA from the UCLA Anderson School of Management and an AB in quantitative economics from Stanford University, where he was Phi Beta Kappa. Robert received the chartered financial analyst (CFA) and financial risk manager (FRM) designations and has received multiple awards for AI product development.

If you have questions about this event, please contact Rebecca Andersen. 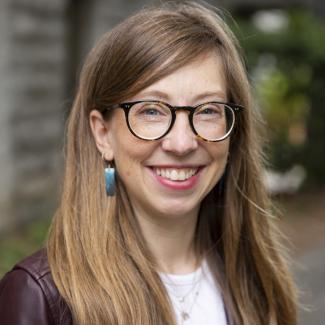