Sponsored by the Berkeley Center for New Media

Co-sponsored by the Doreen B. Townsend Center for the Humanities, the School of Information, the D-Lab, UC Berkeley Libraries, and the Department of Film & Media

This event is now taking place only online.

If this is your first time using Zoom, please allow a few extra minutes to download the browser plugin or mobile app.

Discover how the Organization for Transformative Works built a model for non-corporate, user-driven, online participatory cultures.

The OTW was founded as a wholly fan organized and fan run media organization, specifically to provide a safe space for women and queer users. In working towards their mission of building a future in which all fannish works are recognized as legal and transformative, and accepted as legitimate creative activity, the OTW developed and now manages Archive of Our Own (recently nominated for a Hugo Award), the world’s fastest growing fan works online archive, which is completely open access and free from advertising and corporate ownership. They also support Transformative Works and Cultures, which is an open access journal, freely available at https://journal.transformativeworks.org. Transformative Works and Cultures is a subsidiary project of the OTW and shares their mission to be a home for feminist, anti-racist, and pro-LGBTQIA scholarship on cultural adaptations and appropriations and fan cultures and fan productions.

Francesca Coppa is a co-founder and former board member of the OTW, and Director of Women’s Studies and Professor of English at Muhlenberg College, where she teaches courses in dramatic literature, popular fiction, and mass media storytelling. Her book, The Fanfiction Reader: Folk Tales for the Digital Age (University of Michigan, 2017) won the 2018 Prose Award for the Best Book In Media and Cultural Studies, and she is currently finishing a history of fan music video. Coppa has been involved in online fandom since the mid-1990s as a writer, list administrator, vidder, archivist, and community moderator. A passionate advocate of fair use, she also directed a series of short documentaries on vidding for MIT's "New Media Literacy Project."

Kristina Busse and Karen Hellekson are co-founders and editors-in-chief of the journal Transformative Works and Cultures.

Kristina Busse researches fan fiction and fan cultures and has been an active media for two decades. Her work has appeared in various collections and journals, including Cinema Journal, Camera Obscura, and Popular Communication. "Her most recent book is Framing Fan Fiction: Literary and Social Practices in Fan Fiction Communities (U of Iowa Press 2017), and she is currently co-writing a book on Slash Fan Fiction and the Politics of Fantasy (U of Michigan). Kristina is a former member of the Board of Directors for the Organization for Transformative Works.

Karen Hellekson, an independent scholar, has published on science fiction, alternate history, fan studies, Doctor Who, and audio dramas. She works in the publishing industry.

Katherine Morrissey is an assistant professor at San Francsico State University. She researches representations of female desire across popular culture, storytelling across media, production networks for popular romance genres, participatory culture, digital production and digital pedagogy. She is review editor for the Transformative Works and Cultures journal and co-vice president for the International Association for the Study of Popular Romance.Melanie Kohnen is an assistant professor at Lewis & Clark University. Her research focuses on how the media industry and audience negotiate media access, diversity, distribution, and storytelling in interactions on social media and at conventions like San Diego Comic-Con. Melanie also designs videographic criticism to create scholarship of film and TV using the visual language and editing techniques of film and television. 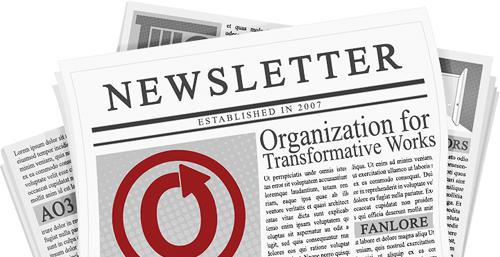