Working the Double Bottom Line: The Promise and Limits of Social Enterprises in the Shadow of AI

Join us for a conversation with Mary L. Gray, Harvard Berkman Klein fellow, senior researcher at Microsoft Research, and associate professor of informatics, computing, and engineering at Indiana University and Prayag Narula, president and co-founder of LeadGenius, a social enterprise started by UC Berkeley students that uses a combination of data mining, technology and crowdsourcing to automate and accelerate outbound sales and marketing.

Gary and Narula will discuss Ghost Work: How to Stop Silicon Valley from Building a New Underclass (Houghton Mifflin Harcourt 2019), Gray’s new book, co-authored with computer scientist Siddharth Suri. Ghost Work blends ethnographic fieldwork, interviews, surveys, and large-scale transactional data analysis to chronicle the lives of workers based in India and across the U.S. working on platforms, like LeadGenius, to train artificial intelligence or substitute for AI when the algorithms fall short, often without a consumer ever knowing they were there.

Gray and Suri coined the term “ghost work” to describe the labor conditions that all too often accompany task-based jobs that are, at least in part, sourced, scheduled, managed, billed, and shipped through a mix of application programming interfaces (APIs) and the internet. There’s no evidence that humans will be eliminated from this type of task-based ghost work anytime soon. People do the evaluative, creative work that stymies computation and automation. And businesses, like LeadGenius, depend on this pool of humans in the loop to execute quicks decisions and move on to the next problem pushed in front of them from a different client.

Narula and Gray will talk about how LeadGenius creates ways for workers to control their own destinies, offering a model for how to support teams that are collaborative, cooperative units. The start-up aspires to meet a “double bottom line” of exceptional fiscal gains and positive social impact, offering an example of how this work need not be ghostly and could be done differently today. But, even with innovative platforms designing with the best of intentions, those doing ghost work still shoulder a disproportionate share of the costs in the digital economy.

What are the promises and limits of the “double bottom line” strategy? What else can policy makers, technologists, and the general public do to hold companies accountable to AI’s long and distributed labor supply chain?

Mary L. Gray is a fellow at Harvard University’s Berkman Klein Center for Internet and Society and a senior researcher at Microsoft Research. She maintains a faculty position in the School of Informatics, Computing, and Engineering with affiliations in anthropology, gender studies, and the Media School at Indiana University. She trained in anthropology before earning her Ph.D. in communication from the University of California at San Diego in 2004, under the direction of sociologist Susan Leigh Star.

Mary’s research looks at how technology access, material conditions, and everyday uses of technologies transform people’s lives. Her most recent book, Ghost Work: How to Stop Silicon Valley from Building a New Global Underclass, co-authored with computer scientist Siddharth Suri, explores the lives of people paid to train artificial intelligence and, increasingly, serve as “humans in the loop” delivering on-demand services. Her other books include In Your Face: Stories from the Lives of Queer Youth, Queering the Countryside: New Directions in Rural Queer Studies, a Choice Academic Title for 2016, and Out in the Country: Youth, Media, and Queer Visibility in Rural America, which explored how young people in the rural United States use the Internet to craft their identities, local belonging, and connections to broader queer communities.

Mary is a leading expert in the emerging field of AI and ethics, particularly research methods at the intersections of computer and social sciences. She sits on the editorial boards of Cultural Anthropology, Television and New Media, the International Journal of Communication, and Social Media + Society. Mary has also written for and been covered by popular press venues, including the Harvard Business Review, The Chronicle of Higher Education, The New York Times, Los Angeles Times, the Guardian, Nature, The Economist, and Forbes Magazine. Mary currently sits on the executive board of Public Responsibility in Medicine and Research (PRIM&R) and Stanford University’s “One-Hundred-Year Study on Artificial Intelligence” (AI100) Standing Committee, commissioned to reflect on the future of AI and recommend directions for its policy implications.

Prayag Narula is the co-founder and president of Berkeley-based company LeadGenius. LeadGenius is a fast growing startup with hundreds of clients from around the world including several Fortune 500 and public companies. They have raised over 10 million dollars in funding from reputed venture capital firms and financial institutions such as YCombinator, Andreessen Horowitz, Sierra Ventures, SV Angel, 500Startups and Silicon Valley Bank among many others. They employ over 40 people currently in their headquarters and over 600 contractors around the world.

Prayag completed his MIMS degree in 2012 at the Berkeley School of Information and initially developed LeadGenius (then called MobileWorks) as his MIMS Final Project.

In 2012, Prayag was chosen as one of Forbes Magazine’s 30-under-30 social entrepreneurs for founding LeadGenius. He was previously a scientific researcher and was employed by University of Helsinki in Finland. Prayag has authored over 10 scientific papers that have been published in various international publications in the field of computer science and systems. 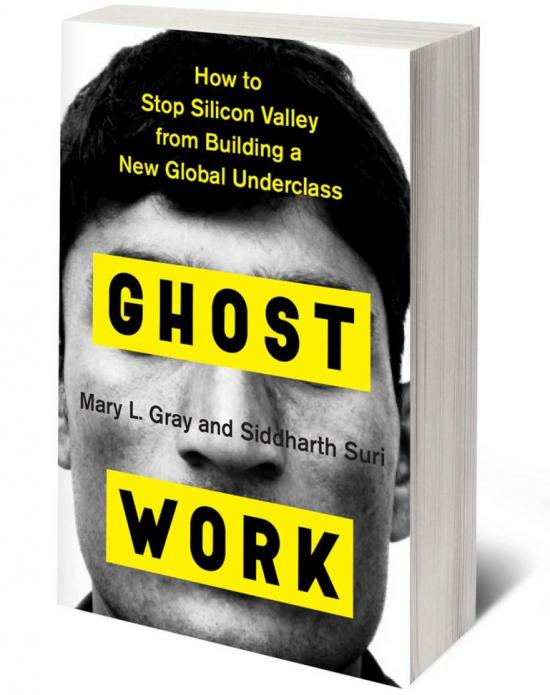