Gun violence continues to be a serious public health problem in the United States. Recent research indicates that firearm violence is exacerbated by social media usage and the formation of the “digital street.” Violence prevention and intervention strategies, however, typically exclude social media as a risk factor, and there are few tools available to violence prevention organizations to help them prevent violence based on social media content and engagement.

Professor Patton will address this critical gap, present findings from his research on this subject, and discuss the promise and challenges of using AI in the process.

Dr. Desmond Upton Patton, associate dean for innovation and academic affairs and co-director of the Justice, Equity and Technology Lab at Columbia School of Social Work, is a leading pioneer in the field of making AI empathetic, culturally sensitive, and less biased.

In 2018, Professor Patton published a groundbreaking finding in the prestigious Nature journal Digital Medicine which uncovered grief as a pathway to aggressive communication on Twitter. The report was cited in an amici curiae brief submitted to the United States Supreme Court in Elonis v. United States, which examined the interpretation of threats on social media. Widely referenced across disciplines, Patton’s research at the intersections of social media, AI, empathy and race has been mentioned in the New York Times, Nature, Washington Post, NPR, Vice News, ABC News and other prestigious media outlets more than seventy times in the last three years.

Professor Patton won the 2018 Deborah K. Padgett Early Career Achievement Award from the Society for Social Work Research (SSWR) for his work on social media, AI, and well-being. He was named a 2017-2018 fellow at Harvard’s Berkman Klein Center for Internet and Society and is a 2019 Presidential Leadership Scholar and Technology and Human Rights Fellow at the Carr Center for Human Rights at Harvard Kennedy School. 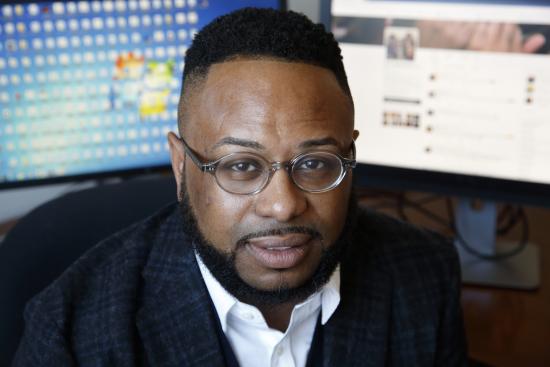