Globalization and the Flow of Knowledge

The mobility of skilled labor is transforming the flow of knowledge around the world. As U.S.-educated engineers and professionals return to their home countries, they are turning what once was a brain drain into a two-way process of brain circulation. These professionals are transferring to developing regions the technology and managerial know-how that once resided exclusively in advanced economies like the U.S. This process is fueling the emergence of new centers of technology entrepreneurship and creating new competitors for Silicon Valley and foreshadows persistent global skill shortages in coming decades.

An economic geographer by trade, AnnaLee Saxenian has made a career of studying regional economies and the conditions under which people, ideas, and geographies combine and connect into hubs of economic activity. Her latest book, The New Argonauts: Regional Advantage in a Global Economy (Harvard University Press, 2006), explores how and why immigrant engineers from Silicon Valley are transferring their technology entrepreneurship to emerging regions in their home countries—China and India in particular—and launching companies far from established centers of skill and technology. The "brain drain," she argues, has now become "brain circulation"—a powerful economic force for the development of formerly peripheral regions that is sparking profound transformations in the global economy.

Saxenian is the dean of U.C. Berkeley's School of Information and a professor in Berkeley's department of city and regional planning. Her prior publications include Regional Advantage: Culture and Competition in Silicon Valley and Route 128 (Harvard, 1994), Silicon Valley's New Immigrant Entrepreneurs (Public Policy Institute of California, 1999), and Local and Global Networks of Immigrant Professionals in Silicon Valley (PPIC, 2002). She holds a PhD in political science from MIT, a master's in regional planning from U.C. Berkeley, and a bachelor's in economics from Williams College.

Steven Weber, a specialist in International Relations, is Director of the Institute of International Studies and Professor of Political Science at UC Berkeley, an associate with the International Computer Science Institute, and affiliated faculty of the Energy and Resources Group. His areas of special interest include international and national security; the impact of technology on national systems of innovation, defense, and deterrence; and the political economy of knowledge-intensive industries particularly software and pharmaceuticals.

Trained in history and international development at Washington University, and medicine and political science at Stanford, Weber joined the Berkeley faculty in 1989. In 1992 he served as special consultant to the president of the European Bank for Reconstruction and Development in London. He has held academic fellowships with the Council on Foreign Relations and the Center for Advanced Study in the Behavioral Sciences. He is a member of the Global Business Network in Emeryville, California, and actively consults with government agencies, private multinational firms, and international non-governmental issues on foreign policy issues, risk analysis, strategy, and forecasting.

Weber’s major publications include Cooperation and Discord in U.S.-Soviet Arms Control (Princeton University Press); the edited book Globalization and the European Political Economy (Columbia University Press); and numerous articles and chapters in the areas of U.S. foreign policy, the political economy of trade and finance, politics of the post-Cold War world, and European integration. His newest book, The Success of Open Source, was published in April 2004 by Harvard University Press. 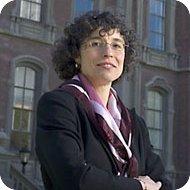