Since graduating from UC Berkeley’s School of Information in 2010, alumnus Michael Lissner has continued to develop a variety of projects in the field of public interest technology. He currently works as the Executive Director for the Free Law Project, a nonprofit that provides public access to legal materials for educational, charitable, and scientific purposes. He initially established the project with his MIMS advisor, Professor Brian Carver, from the School of Information.

Before the Free Law Project, however, Lissner had a different project in the works: CourtListener.com. When it was first developed in 2010, it was a simple project to send alerts based on recent Circuit Court opinions. Since then, it has ballooned into a huge project with centuries of legal opinions, over 100 million items from federal court, and APIs along with data downloads for the public.

Michael is passionate about bringing greater access to primary legal materials, about how technology can replace old legal models, and about open source, community-driven approaches to legal research. Lissner is among many UC Berkeley alumni who are shaping the future of public interest technology.

What led you to start CourtListener.com?

I started CourtListener as part of my master’s project at the School of Information after Professor Brian Carver suggested it as an idea. When I graduated, CourtListener was a fairly simple tool for sending alerts about Federal Circuit Court rulings on the day they happened. Useful, but small in scope.

Since then, the growth has been driven by our users. First, we realized that if we wanted to send alerts, we needed a search engine. And if we had a search engine, we should start collecting old case law and making it searchable as well. And if we did that, well, we should make our collection of case law complete, and so forth.

The longer we worked on one problem, the more problems we learned about and the more problems we decided to work on. It’s been incredibly rewarding work, especially now, ten years later, when all of the foundations we’ve laid have really begun to bear fruit. Almost every day now, we hear from somebody that uses our data for some important purpose and who has a leg up in their research or innovation thanks to the work we’ve put in.

Can you tell us more about the evolution of the Free Law Project since you started it?

It’s about finding something that mixes a good combination of impact, feasibility, and customer alignment. There’s little point in doing a project if it won’t have an impact, if you’ll never succeed or if nobody cares that you’re doing it. It’s taken us years to start finding sweet spots where all of these things are aligned. One example is PACER, where lawyers and courts file hundreds of thousands of legal documents every day. It’s a federally-run website, but it’s almost entirely paywalled. The extent to which we can break down this wall is a huge benefit for society and so far we’ve pulled over 100 million items from it.

Now, that said, oral arguments are a little different. We started doing work with them because courts were doing such a lousy job. At the time we started this project, numerous Federal Circuit Courts weren’t posting their oral argument recordings, and of the ones that were, some of those were taking down the recordings after a few days. Apparently their server didn’t have enough space, if you can believe that. This, obviously, was a terrible state of affairs and so we started collecting these recordings just to show how easy it was. We now have nearly 35,000 hours of oral argument recordings, and thanks to our advocacy, all of the Circuit Courts are now posting their recordings on their websites. The next frontier is getting live streaming. Luckily, a partner organization is working on that!

Ultimately, the point of the Free Law Project is to make the legal ecosystem more efficient for researchers, journalists, organizations, and the public. That isn’t easy, but we work hard at it every day and after so many years we’re making solid progress. It’s incredibly gratifying work, and I certainly would never have gotten here if not for the School of Information.

Tell us about the impact the School of Information had on your career.

The final project I completed in 2010 while a student at Berkeley was CourtListener.com. At the time it was a simple project to keep track of new court filings, but since then I worked with my advisor from Cal to form a non-profit to support the effort, and now, nearly a decade later, we work hard to make a more competitive, just, and fair legal system in America. My School of Information advisor and I are still in touch, regularly working on this project.

What led you to pursue a path in public interest technology?

I wanted to get into technology policy in order to make an impact on an exciting and complex area of society. In the last century, we’ve seen how technology can be a force for good or ill. We all must do our part to facilitate the good.

The work I do each day is a huge part of who I am and what I leave behind. For me, working in the public interest is a way to make my life meaningful and purposeful.

“The legal world is dominated by a few key organizations that make competition nearly impossible. This results in an inefficient legal system that works better for those with resources and worse for those without.”
— Michael Lissner

What impact does your work have on the world?

The legal world is dominated by a few key organizations that make competition nearly impossible. This results in an inefficient legal system that works better for those with resources and worse for those without.

We are working to break legal data free, put it online, and share it with organizations that need it. This allows for startups, journalists, researchers, lawyers, and the public to engage more meaningfully with the legal system. Whether you need bulk data to research the latest presidential scandal, to fight in court, or to make the latest legal innovation, we are here to help.

What do those in the field of public interest technology need from universities?

Second, universities should teach the bigger historical picture. How has society been changed by technology? Only by knowing the past will we have the tools to analyze the present and the future. 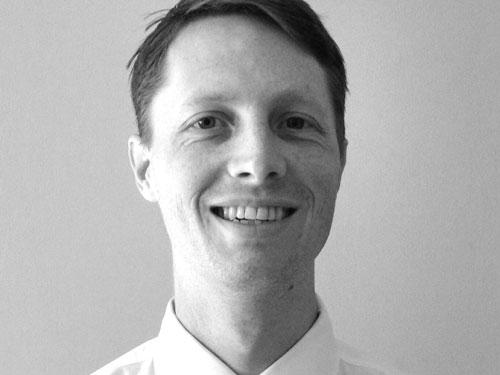