Five School of Information students are developing a system to solve one of the biggest challenges of India’s market for household domestic help.

Together with teammate Timothy Meyers (MIMS ’15), they were honored by the 2014 Big Ideas at Berkeley contest for Sahay’s potential to address a major societal challenge using information technology. At an award celebration yesterday evening, Sahay won the third-place prize in the Big Ideas @ Berkeley Competition in Information Technology for Society.

More than twelve million Indians work as household domestic help, a job that can include housekeeping, cooking, laundry, chauffeuring, or child or elderly care. The majority divide their time among multiple households. With the growth of India’s middle class and an increasing number of women joining the workforce, the demand for household domestic help is growing.

“Nearly every household in India has someone who comes in at least a few hours a week to do basic housework,” explained Priya Iyer. Household domestic help is a desirable job for unskilled laborers, providing a steady income stream. “Domestic help have traditionally been treated as part of the family,” said Seema Puthyapurayil, “so the job has a lot of respect.”

A whole community that isn’t being served

Iyer, Puthyapurayil, and Ajeeta Dhole all grew up in India and remember their families having domestic help, but they also remember the challenge of finding and hiring workers. With no standard place for listing jobs, the challenge is a double-edged sword: not only do households have trouble finding help, but workers have trouble finding jobs. Iyer, Puthyapurayil, Dhole, and Eric Zan travelled to India in January to gain a deeper understanding of the labor market and to explore how an information system might help both employers and workers navigate the job market.

“In Mumbai, we visited a shopkeeper who runs an employment agency for household labor,” said Iyer. “Every month he gets 1,500 requests from households looking for help, and he’s only able to fill thirty.”

But there is no scarcity of workers. “The whole process is manual,” explained Puthyapurayil. “The process of matchmaking and the paperwork take so much time that the shopkeeper just isn’t able to fulfill the bulk of the requests. Plus, he doesn’t have a good way to find candidates; people who want to be recruited have to show up in person at his shop and register.”

The team also talked to a lot of domestic household workers, and found a recurring theme: although they all wanted additional jobs, none of them had any strategy for looking for jobs. Puthyapurayil described talking with one maid who desperately needed money to pay for her son’s college tuition. “She was working three part-time jobs at the time, and she could have worked up to ten, but she simply had no way to find additional jobs; she had exhausted all her resources. She said that if there was some way for her to go out and look for work, she would have done it. But she just didn’t have any way.”

While staying with a relative in Mumbai, Iyer saw the exact same challenge from the employer’s point of view. “They were looking for a maid, and they knew that there were maids working for other families in their residential complex, but they didn’t have any way to reach out to them.”

“The trip showed us a whole community that isn’t being served,” said Zan. “There’s so much overhead involved in matching someone to a job that’s only one hour a day, that most agencies just focus on the small number of workers who are at the same household for the whole day.”

Based on their findings, the team is developing Sahay — Hindi for ‘help’ — an information system to connect domestic help workers in India with part-time employment opportunities in households.

Sahay will use a mix of technologies to reach all of its potential users at different levels of technical literacy. Employers and workers will be able to connect with Sahay on the web, by text message (SMS), and by interactive voice response (IVR), the technology that allows users to interact with computer via a telephone call by listening to voice commands or menu options and responding to those commands using the keypad or with their own voice.

Mobile phone–based interaction (by voice or text message) opens up Sahay’s services to a broad range of Indian workers. Based on the team’s needs assessment in Mumbai this year, almost everyone in every social or economic class had access to a mobile phone (either their own or a family member’s). India has one of the fastest growing user bases for mobile phones in the world with nearly 6 million additional subscriptions per month. People who are less digitally literate or uncomfortable with technology are usually still comfortable with text messaging. And the interactive voice response system allows even the illiterate to use Sahay.

Households can post their jobs from the Sahay website. Workers can register for Sahay by voice phone call (IVR); after registering, they can be notified about job opportunities by text message or IVR.

The team hopes to reach even the very bottom of the economic pyramid by partnering with NGOs active in India’s slum communities. They have already established partnerships with CORP and SPARC, NGOs conducting community welfare programs in Dharavi, the biggest slum community in Mumbai, and Manav Sadhna, based in Ahmedabad. These NGOs will act as intermediaries between Sahay and the workers in the slum communities with limited access to technology. Through special NGO accounts, NGOs will be able search and receive updates about multiple types of jobs close to the slum area and relay this information to the needy.

In designing Sahay, the team is focusing on both the technical and cultural context of India’s domestic help economy.

One consideration, based on their conversations with both employers and workers, is the importance of trust in the employer-employee relationship. Informal workers are vulnerable to verbal, physical, or even sexual abuse by their employers, and can be powerless in payment disputes, with no official record of their employment. Finding a trustworthy worker is a concern for employers as well, to avoid, theft, assault, or worse — especially for those hiring stay-at-home workers or elder- or child-care workers.

The in-person job interview is crucial for establishing trust, according to both employers and workers. Sahay will not attempt to replace this in-person interview, but will provide additional tools for establishing trustworthiness. Employers and workers will be able to rate each other, providing an overall reputation score. Sahay will also be able to verify the employment histories of workers who have found their jobs using the platform. For an additional fee, the system will also allow employers to request a background check by a third party.

This week, the team concluded a series of field studies and usability tests of a prototype of Sahay that includes web, text messaging, and AVR functionalities, with partners in Ahmedabad, India.

Based on the feedback from the field studies and usability tests, they will spend the summer and fall building a fully functional system, in preparation for a full-fledged pilot test in December 2014. For the pilot test, the team will be recruiting 500 workers and 50 households, partnering with NGOs in both Mumbai and Ahmedabad.

“The feedback from the field has been very positive,” said Iyer. “There’s a lot of excitement about this.” 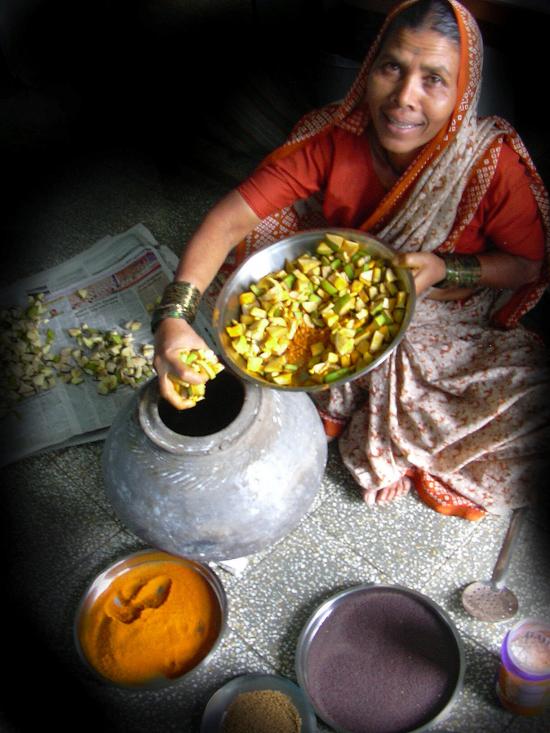 In addition to housekeeping, household workers may cook or wash dishes. 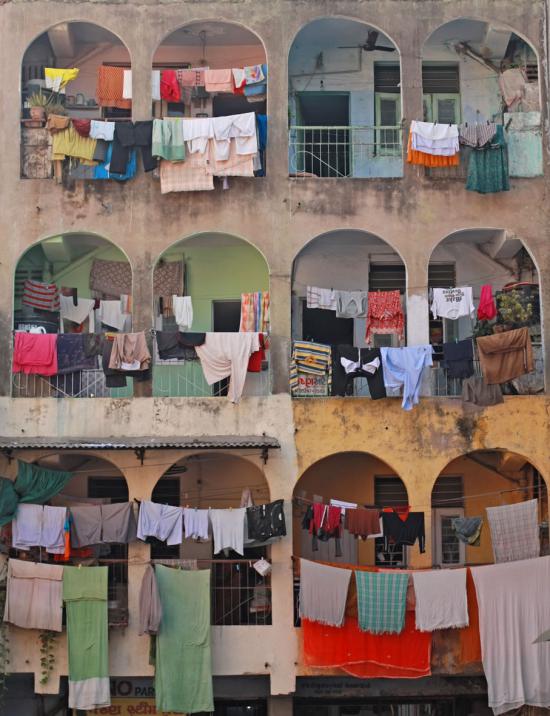 Laundry is a common job for household domestic workers — especially in homes without a washer or dryer.