On Saturday, May 12, friends and family gathered at the Campanile Esplanade to celebrate this year’s graduates of the UC Berkeley School of Information. The class of 2012 included 38 master’s degrees and seven doctoral degrees.

The seven Ph.D. graduates are a record for the school, representing the most doctoral degrees awarded in one year since the school opened its doors in 1997.

Dean AnnaLee Saxenian welcomed the audience and introduced the commencement speaker Caterina Fake, the founder and CEO of Pinwheel and co-founder of Flickr and Hunch.

Fake spun a fairy tale about the origin and growth of the technology sector, from Hewlett & Packard’s Silicon Valley garage through the growth of the personal computer, the Internet, Web 2.0, and social networking. She challenged the graduates to an heroic quest: “We must bring generosity and civility back to the Internet.”

They started by poking fun at previous graduation speakers’ identity crises: “Who are we? What is the School of Information? Are we economists? Are we designers? Are we engineers? Are we policy makers? Are we technologists? Wait — are we librarians??” The answer to the questions, they said, is “Yes. You are all of those things, and you are more.”

They encouraged the new graduates to think big. “We are now poised to make a great impact in the world: more than a lawyer, more than a businessman, more than any other discipline. All of you are positioned to make change, create value, drive inclusion, champion causes, and build the future that we want to inhabit.”

Ph.D. graduates Megan Finn and Dan Perkel reminisced about their years at the School of Information, including the “very very dark time” of preparing for their qualifying exams.

Dan recalled the lessons he learned from the Pixar movie Ratatouille. “Although in theory ‘anyone can cook,’ there is some food the venture captalist community cannot provide,” he observed. “In practice, it took an incredible amount of heart, determination, desire, and a certain amount of idiocy — some of the same character traits found in doctoral students everywhere.”

Megan and Dan also offered heatfelt thanks to all the students’ “friends, roommates, ex-roommates, moms, dads, brothers, sisters, cousins, grandmas, grandpas, nanas, and papas,” for their support, naming particularly the partners and spouses of the Ph.D. graduates. 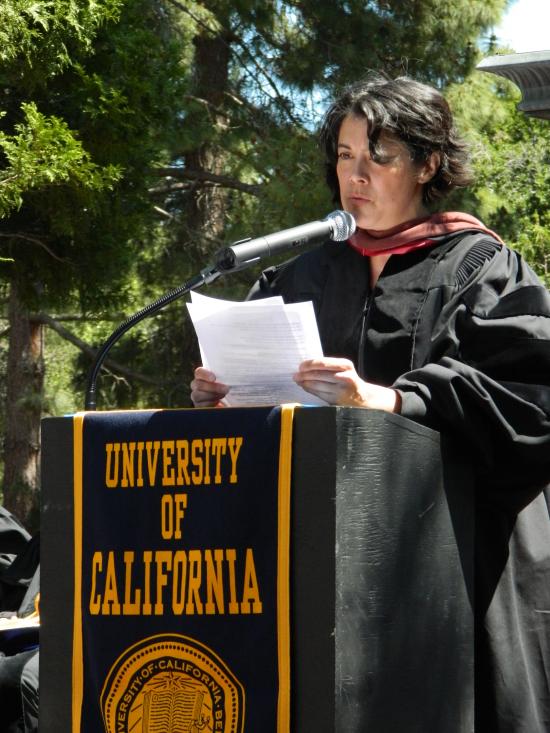 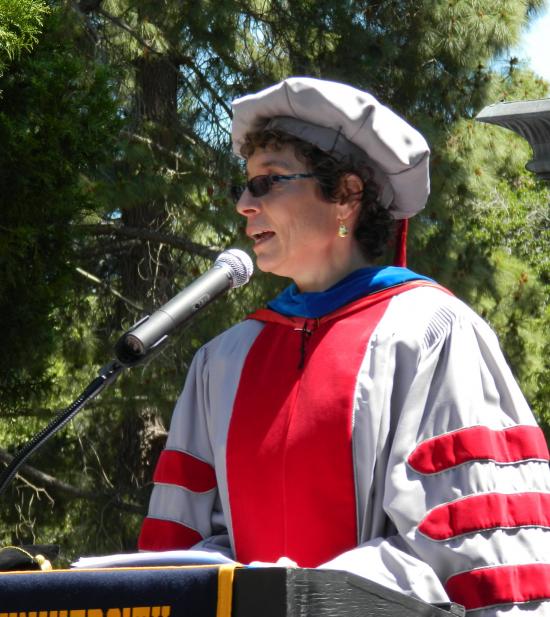 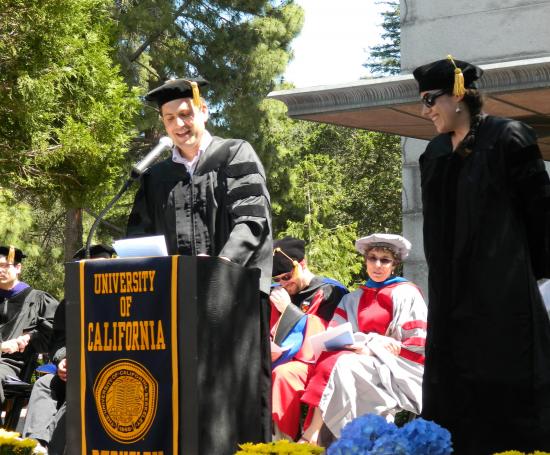 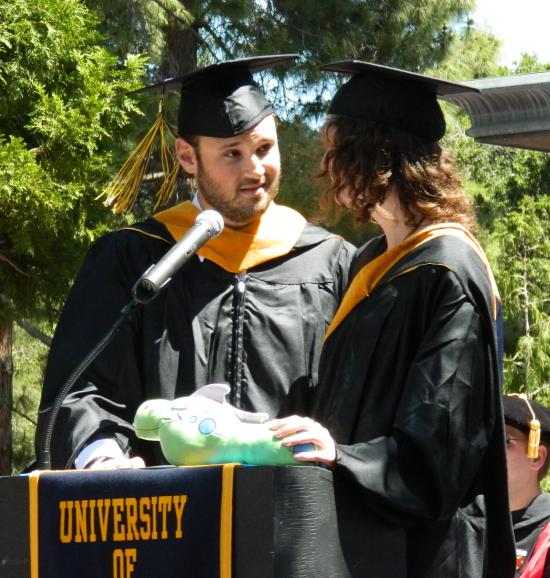